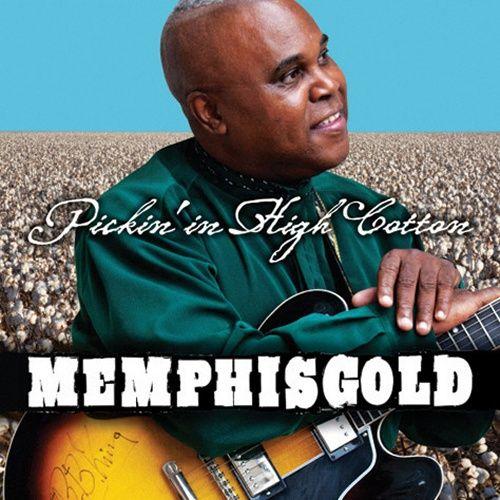 After the album opens with Howlin’ Wolf talking about what gives somebody the blues, it’s clear pretty quickly that Memphis Gold (stage name of Chester Chandler) wants to point out that his background is the same as many of the all-time greats. He came up as a kid in Mississippi picking cotton before moving to Memphis where he experienced plenty of hard times while playing music. These days, he lives and plays in the Washington, D.C. area. Memphis Gold is a member of the last generation that could have this kind of experience before the cotton fields became completely mechanized. The album “Picking in High Cotton” emphasizes the deep blues that come from toiling in the fields. It’s somewhat darker and more serious than earlier Memphis Gold albums, addressing some of the darker aspects of his life including a bout with homelessness.

On How You Gonna Play the Blues, Memphis calls out the pretenders who try and play the music without having lived a life that lets them truly feel it. The sentiment is controversial with the diversity of blues performers from different backgrounds on today’s scene. But Memphis makes his argument with his music. He’s supported nicely by an unobtrusive band including some wailing harmonica. His singing is anguished and when he cries out “I am the blues. I own the blues,” you believe it.

He continues to make his point throughout the album. Biscuit Boogie has a groove that moves while Memphis laments that he loves down home food, but his woman can’t cook. Don’t Take my Blues Away is a slow blues featuring acoustic guitars again emphasizing Memphis’ deep blues roots. Picking in High Cotton talks about laboring in the fields but standing tall as a man. Back Po’ch Tennessee is a danceable instrumental with tasteful in-the-groove guitar solos. Homeless Blues is an extremely personal song that explores Chandler’s own time living in shelters and on the streets. Standin’ By the Highway takes a driving guitar groove out of the church and turns it into an extended jam with lyrics about a man searching for his woman who’s left town.

The album’s highlight may be John Brown, a first person historical take on the hanging of John Brown after he led a raid on the arsenal Harper’s Ferry to start an armed slave insurrection in 1859. It features nice harp work from Jay Summerour. Ice Cream Man is not the John Brim song but a good take on the same theme. It’s the most light-hearted song on ”Picking in High Cotton.” There’s not much good-time party music here, but there are eleven original songs with music that makes you feel. The guitar playing shines throughout and this album is clearly the most personal Memphis Gold statement yet and another step forward for a continually growing artist.