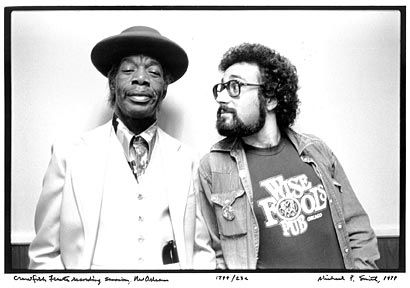 Bruce Iglauer, the long time captain of arguably the most successful blues record label since Chess Records, was named a “Chicagoan of the Year” by the Chicago Tribune, just the latest in a stack of praise heaped on the man and the label that has worked so hard, alongside the many amazingly talented artists over 40 years, to bring so much good music to the people.

In between the climate of widespread music industry trouble and the niche market that is the blues, becoming so successful for so long is an admirable and noteworthy accomplishment. According to the Tribune article, Alligator pays over half a million dollars in royalties to it’s many artists every year.

Iglauer and the Alligator family have worked with and recorded a long-term who’s who of blues musicians, including Koko Taylor, Hound Dog Taylor, Shemekia Copeland, Mavis Staples, Johnny Winter, Professor Longhair, Son Seals, Luther Allison, Tommy Castro, and a great deal more. The latest album to be released from Alligator will be Joe Louis Walker’s Hellfire at the end of January, which has already commanded considerable buzz.