The New Orleans Tremé and the Birth of Jazz 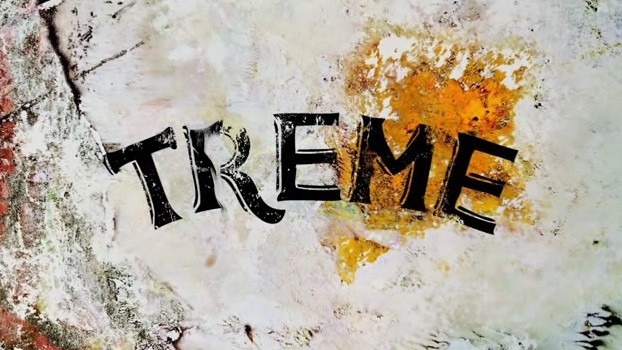 Jazz and Blues have been locked in a beautiful and occasionally bickering symphony since the birth of each. “Blues is to jazz what yeast is to bread,” says Carmen McRae. “Without it, it’s flat.” The contributions of both, sometimes only with the support of the other, are owed a tremendous — and yet largely unpaid — debt of gratitude from the critical mass of modern music. Both were born in struggle and unbearable hardship. While Blues can be traced to a murky area around the Mississippi Delta, Jazz can be tracked with a pinpoint to a single small neighborhood in what is quite possibly the most musically rich city in the country, and undeniably one of the most culturally important cities in the world.

New Orleans is one of the oldest established towns west of the Mississippi. Because of it’s proximity to where the Mississippi River meets the sea, it became a major hub of culture and trading. It was this unique atmosphere of different cultures in close quarters that created much of the identity of the city, from the food to the music. While many musical genres have been cultivated and grown from New Orleans, the most celebrated is Jazz.

Contrary to popular belief, not all of New Orleans is below Sea Level. In fact, the grandiosely named Jean-Baptiste Le Moyne de Bienville, the founder of New Orleans, was told where the land was above sea level and naturally safe from hurricanes and high tide by Native Americans in the area. They helped him establish a settlement in what is the modern-day French Quarter. Soon, land owners drained surrounding marshes and developed plantations, including the Tremé plantation, owned by Claude Tremé. Part of the plantation was made into a suburb with homes available to freed slaves and Créoles, which was still exceptionally rare in slavery-era America. The first black homeowners in the country lived in the Tremé, as well as the first black newspaper. The recent documentary, Faubourg Treme: The Untold Story of Black New Orleans tells the rich history of the famous neighborhood’s struggle for normalcy and freedom, including a case that happened in the Tremé that would be the driving force behind the abolition of “Seperate But Equal”, the Plessy v. Ferguson case. This Mardi Gras, happening today, is of particular note, as this year, the Tremé celebrates the 200th anniversary of it’s annexation into New Orleans.

A park was established, located between the French Quarter and the Tremé, called Congo Park, which is now named for Louis Armstrong. It was in that park that many bands, both makeshift and organized, played for the people of all colors and walks of life. Some of the earliest accounts of these musical meetings were as far back as 1808. According to Ted Gioia’s critically acclaimed book The History of Jazz, the styling was very similar to known accounts of Griot African traditions. It’s an unsurprising point, considering most slaves, who were kidnapped from Africa, entered the U.S. through New Orleans, but interesting, in a bittersweet way, that the connection between the two is seemingly so strong and well documented.

While the history of the blues is sometimes poorly documented because of the forced social status of it’s earliest musicians, and, in large part, the rural setting in which it formed, Jazz was forged in a bustling city, which lends many more eyes, and as a result, much more documentation.

Jelly Roll Morton was one of the earliest Jazz stars, playing the piano in and around New Orleans, largely in the Storyville district, which was, at the time, an area where prostitution was legalized and flourished. Due to Storyville’s proximity to the main rail ways in and out of town, visitors and passers-through were subjected to Jazz, and stories about the unique music coming from the Crescent City began to become widespread.

No article on the Tremé would be complete without a mention of what is likely it’s most famous son. Louis Armstrong was born just after the turn of the century, in the middle of the roughly 9 block area that makes up the Tremé. As a young man, after getting into trouble, he was given a trumpet, and quickly took to playing in the brothels and bars that made up the city’s entertainment establishments. He found work on a steam boat going up the Mississippi, and then in an Orchestra. His star continued to rise everywhere he went, partly because of his amazing Trumpet abilities, partly because of his smooth-as-gravel voice, and partly because his personality was so large and inviting, that crowds couldn’t help but fall in love with the musical genius. Armstrong was one of the earliest African American figures to be widely accepted by white society, at a time when segregation was cancerously sweeping the nation. This led to a far more widespread embrace by fans, though it also led to criticism later by Miles Davis and other African-American leaders, who denounced the musician for not taking a firm enough stand against racism and segregation. As Terry Teachout says in Pops: A Life of Louis Armstrong, “Pops”, as he was affectionately known, simply wanted to play his music. For many, the image of Satchmo playing his trumpet and singing “Saints” or “Over the Rainbow” is nearly inseparable from the thought of New Orleans. Armstrong spent his entire life being a vocal ambassador for the Crescent City. His exiting signature on letters was even, “Red Beans and Ricely yours,” red beans and rice being the staple meal of  New Orleans.

Most recently, the neighborhood has seen a great resurgence of interest. HBO has generated strong positive buzz about the Tremé neighborhood with a hit drama of the same name, following the interesting and intertwined existences of it’s main characters as they struggle to pick up the pieces of their lives and cultural identity after Hurricane Katrina. The show was created by David Simon, of The Wire fame, and has been critically praised for it’s extra-accurate showcase of New Orleans’ complicated and intricate culture. Troy Andrews, better known as “Trombone Shorty,” also hails from the Tremé. The name of his most recent album, Backatown, is a reference to the neighborhood, which was commonly called “back of town” because of it’s proximity to the city center. Trombone Shorty has been winning hearts and minds for years, and has enjoyed an explosion of fans as his music electrifies audiences across the world. While New Orleans celebrated Mardi Gras today, Trombone Shorty was on hand at the White House to help teach 120 lucky students about the Blues, and will be playing for President Obama tonight. They closed the “At the Crossroads” workshop, hosted by First Lady Michelle Obama and Robert Santelli, with a little bit of home, playing “When The Saints Go Marching In”, a traditional New Orleans number.

While today is simply another Tuesday for much of the world, in New Orleans, it’s Mardi Gras, and revelers are celebrating in the streets. Far beyond the drunken, skin heavy charades of Bourbon Street, an entire city is putting on lavish displays of cultural  significance, from the monumentally elaborate costumed Mardi Gras Indians dancing through the streets to the many “Krewes” that create themed floats and dress in intricate outfits, to the “second lines”, where parade goers dance right in and around the musicians who march down the street, music and culture is spilling out of every part of New Orleans. Today, the city celebrates the music it has worked for hundreds of years to create.