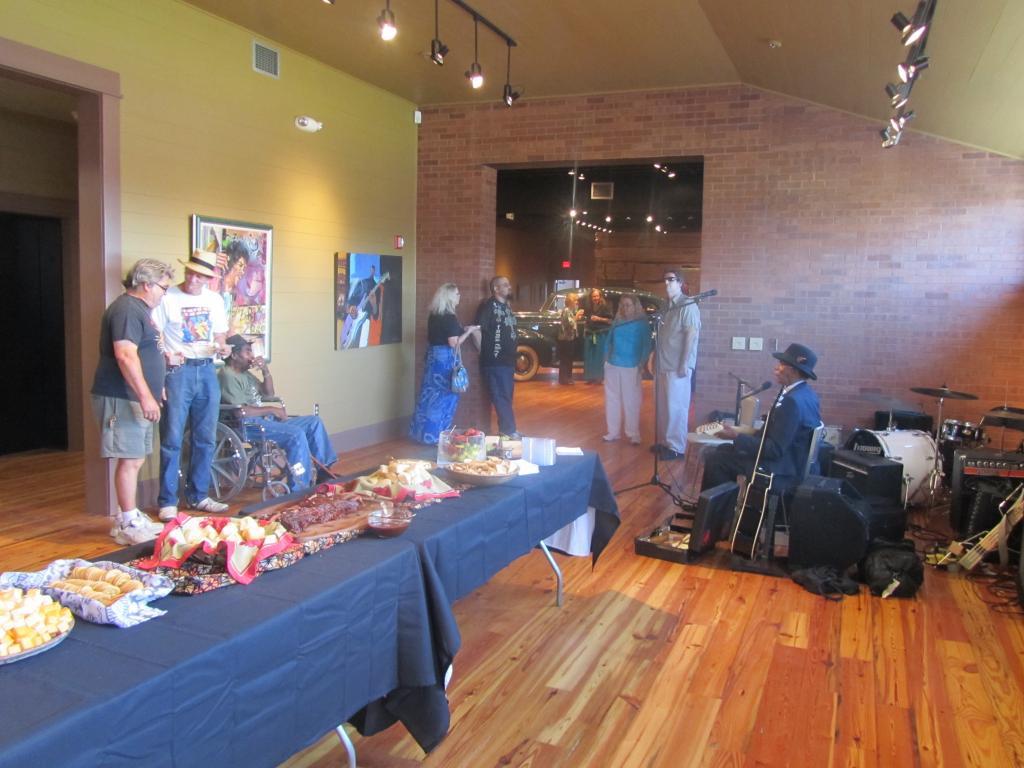 The Blessissippi event was in full swing last night, starting with a VIP kickoff in the brand new Muddy Waters wing of the Delta Blues Museum. This wing had never been seen by the public before the reception, so it was a special experience for the attendees to take part in the event. Robert Belfour played a set, followed by the great bluesman T-Model Ford, accompanied by delta blues staple Bill Abel. A video by Charlie Annenberg, the leader of the Blessissippi fund and Explore.org, featured Super Chikan and other delta blues staples discussing the delta, growing up in the area, their music, and what life is like.

Explore.org, the multimedia arm of the Annenberg Foundation, donated the first $250K to help start the America’s Delta Blues Scholarship Fund at Delta State University, in which they plan to give underprivileged children and young adults a chance to pursue their dreams and change our world.

We got a chance to speak with Delta State University, located several miles below Clarksdale, about their illustrious program. The campus features an incredibly impressive full sound studio, and has a bus that they’ve converted into a mobile music lab to provide music and music technology education to students and teachers.