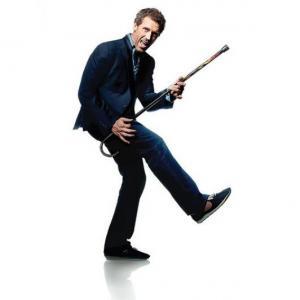 The hottest show in San Diego on Tuesday night is gearing up to be Hugh Laurie at the Belly Up Tavern. A quick search of Craiglist in San Diego shows a handful of fans trying to score tickets to the sold out show.

In case you haven’t heard, TV’s favorite grumpy doctor, Hugh Laurie is gearing up to trade acting for a different passion of his — blues piano. Laurie recently released Let Them Talk, his debut album overflowing with traditional New Orleans Blues. San Diego will kick off a 10 show U.S. tour up and around the west coast in support of the album. The tour will make stops in places like Los Angeles, San Francisco, and Portland, and then finish at Seattle’s Benaroya Hall on June 4th. After the Seattle show, the actor/musician and his band head out on the international leg of the tour.

Laurie will be on vocals and piano with The Copper Bottom Band backing him up. That band features a cast of seasoned veteran players including Jay Bellerose (drums), Kevin Breit (guitars), Vincent Henry (horns), David Piltch (bass), and Patrick Warren (keyboard/accordion). They’ll be playing music from his critically acclaimed debut album Let Them Talk .

In a recent interview with the Modesto Bee Laurie joked that people who attend the show can expect “color, movement and fine tailoring.” He added, “There will be no puppetry but plenty of songs from the phenomenal Copper Bottom Band.” Laurie also reflected that he learned to play piano at age 6 and fell in love with the blues as a child when he heard it on the radio. As best as he can recall, the first song he heard was Willie Dixon’s “I Can’t Quit You Baby.” He continues, “Since then, the blues have made me laugh, weep, dance … well, this is a family record and I can’t tell you all the things the blues can make me do.”

Read about Hugh Laurie’s thoughts on playing the blues

Although this is Laurie’s first U.S. tour, he played a few shows last year, including The Mint in L.A., and he also appeared at the Hardly Strictly Bluegrass Festival in San Francisco.