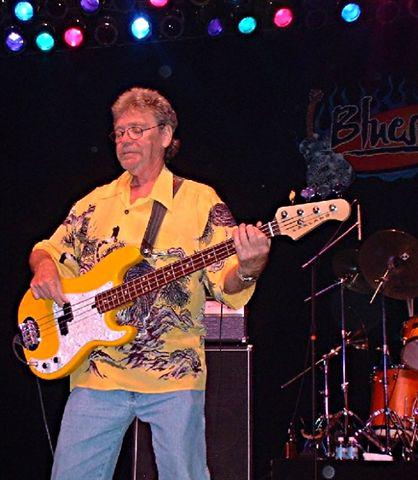 Donald “Duck” Dunn, bass player and songwriter and a member of the Rock ‘n’ Roll Hall of Fame band Booker T. and the MGs and the Blues Brothers band, has passed away. Dunn had been in Tokyo performing.

Fellow musician Steve Cropper made the announcement via a post on his Facebook Page. Cropper reported that Dunn had died in his sleep. “Today I lost my best friend, the World has lost the best guy and bass player to ever live. Duck Dunn died in his sleep Sunday morning May 13 in Tokyo Japan after finishing 2 shows at the Blue Note Night Club.”

The last venue that Dunn played in Japan was the Tokyo Blue Note and a spokeswoman, Miho Harasawa confirmed he died alone early Sunday but had no further details. The Blue Note show calendar shows a 3 night run for the STAX Show featuring Steve Cropper and Dunn.

Bill Wyman, Peter Frampton, Red Hot Chili Peppers bassist Flea and Nickleback were among many rockers world wide to offer their condolences after learning about the death of legendary bassist Donald ‘Duck’ Dunn.

Wow, duck Dunn passed.. What a deep pocket that dude had, so glad I got to see him play, beautiful bass player we’ll be listening to forever

So sad to hear of bass player Duck Dunn’s passing in Tokyo. He wrote the book on R&B bass playing. My thoughts are with his family. RIP

RIP Donald “Duck” Dunn.You inspired countless people with your gift of music.Heartfelt condolences to your family, friends and fans.

We also spoke by phone with Alligator Records artist Curtis Salgado on Sunday morning.
He said one time “Duck” told him, “I never change the strings on my bass, in fact I’ve only changed one string in 15 years and that’s because it broke”.

Think about that for a second: Man, if those strings could talk! Oh wait a minute, they could and they did!

One more word about Salgado. He told us he was in a record store in Seattle yesterday and he found a Booker T. & MG’s album and was just stuck staring at Donald “Duck” Dunn for about three minutes. Of course, Curtis only found out about Ducks passing today, so add the time difference between Seattle and Tokyo and this becomes a very strange coincidence.

Dunn, who was born in Memphis, Tennessee in 1941, performed on recordings with Eric Clapton, Neil Young and was the house bassist at the legendary R&B/soul label Stax in the ’60s and ’70s where his thick, expressive bass lines helped define some of the most distinctive and enduring sounds and songs in popular music, including the timeless “Respect,” “Dock Of The Bay,” “I’ve Been Loving You Too Long,” “In The Midnight Hour,” and “Hold On I’m Coming.” Dunn’s classic Stax bass also became a legitimizing part of The Blues Brothers Band and hit movie. He played himself in the 1980 hit movie, “The Blues Brothers.”

Dunn received a lifetime achievement Grammy award in 2007 for his work with Booker T. and the MGs.
He was 70.