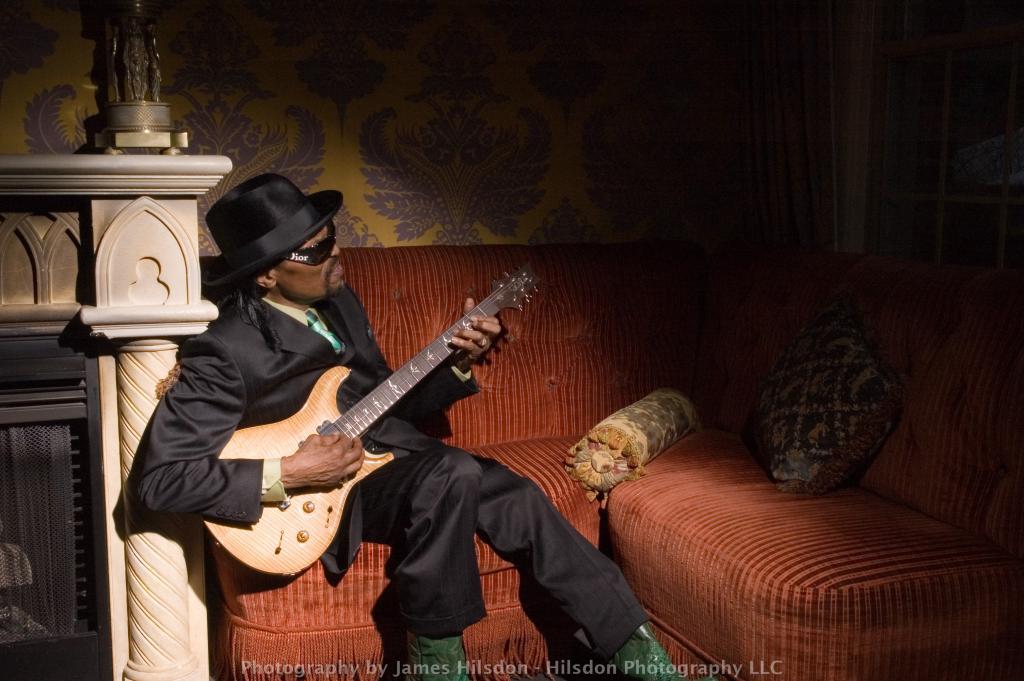 Chuck Brown, Washington, D.C.’s godfather of go-go, died on May 16. He’ll be remembered as the inventor of go-go, the percussion-driven brand of funk indigenous to the nation’s capital. His relentless live shows, where there were no pauses between songs, made him a legend. Countless young musicians followed in his wake, making go-go a fully-formed, if local, genre of music that still has people dancing every night of the week. His biggest national hit was 1978’s funk classic “Bustin’ Loose.” These accomplishments will be recounted in many places. But it should never be forgotten that at every one of the shows over the almost four decades he ruled D.C., Chuck played the blues and he played them as well as anyone.

Songs by Muddy Waters, B.B. King, Louis Jordan, and other blues legends were regular parts of his set. He made his love for playing the blues explicit on his 2007 album We’re About the Business. When asked what kind of music he would play if he could only play one genre, Chuck answered: “I’d have to keep the blues. I’m an old country boy. I like to make it sing sometimes.” The comment leads into Chuck’s excellent cover of the Memphis Slim/Joe Williams/B.B. King Classic “Everyday I Have the Blues.”

His song “Downright Country Boy” is pure blues. It’s a story of a kid adjusting to life in the city. The driving go-go beat powered the blues groove sung with unbelievable soul in Chuck’s amazing gravelly voice. He often paired it with “Stormy Monday” (including on his classic album Go Go Swing Live). Chuck’s version of the T-Bone Walker classic  is one of only two versions of the song that I don’t get sick of hearing (along with Bobby Bland’s). It’s a classic of go-go and it should be one to blues fans as well.

Chuck’s blues had always come with that go-go beat, his voice and guitar singing the blues, but the music dominated by percussion. The blues were one element weaved seamlessly into a funky tapestry. This changed in 1992, when The Other Side was released, an album of jazz and blues standards, many sung with the young vocalist Eva Cassidy. Their duet on Ray Charles “Drown In My Own Tears” was a highlight. The album featured Chuck in a smooth Billy Eckstine-type mode where he could let the song shine. It opened a door for a new style, he’d occasionally return to over the years. It also launched Cassidy’s career which would be cut short a few years later. Her version of “Somewhere Over the Rainbow” would be a huge hit international after her death. Chuck’s album Timeless continued this style including a strong version of B.B. King’s “Never Make Your Move Too Soon.”

If The Other Side and Timeless featured Chuck as a jazz-oriented singer taking on the blues, he could also be a rough and raw down-home bluesman. This was on display in shows where he shared the stage with blues great Bobby Parker. Parker was a hero to Chuck, someone he’d admired since Parker was a teenage guitarist with Paul “Hucklebuck” Williams. The mutual admiration was clear. The two men had a blast playing Parker’s songs and other blues classics before launching into songs with the go-go beat that was Chuck’s signature. There were also duo performances with Phil Wiggins where Chuck dug in deep.

The importance of go-go to the D.C.-area can’t be overstated. It’s a sound Chuck Brown invented. He was one of the few around who could claim to invent a musical genre by himself. For decades, while hip-hop was the dominant sound for young people across the country, go-go dominated the streets of D.C. Because of Chuck Brown, generations of kids in D.C. grew up hearing live musicians play the sounds of the blues.

In a city that can boast about Duke Ellington and Marvin Gaye, no musician has been more important than Chuck Brown. I’ll miss his music tremendously, especially the way he played the blues.