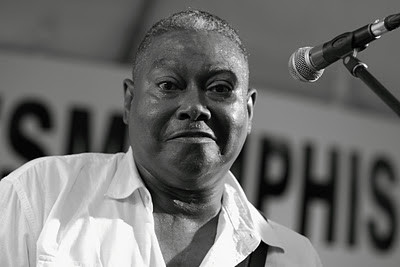 Charles “Skip” Pitts, the wah-master soul and blues guitarist from Memphis, best known for his iconic guitar riff on Isaac Hayes‘ “Shaft” theme song and the Isley Brothers’ “It’s Your Thing”, has passed away.

The acclaimed musician has long been a Memphis soul staple, backing Sam & Dave and Wilson Pickett, and playing alongside Isaac Hayes for decades. Pitts was a session musician at Stax Records during the prolific label’s heyday, playing guitar on many of the hits that came from the famous renovated theater on McLemore Ave.

The soul icon had spent time at the Stax Music Academy teaching at-risk youth before forming the Bo-Keys in 1998, a soul group honoring the throwback Soul style of Memphis. The band was met with enthusiasm and success, touring regularly.

Since the early 1970s, Pitts played with Isaac Hayes, including at the legendary Wattstax concert, and his guitar work on the Shaft theme song helped to earn Hayes his only Academy Award. An integral part of Hayes’ band, Skip played with the soul giant until his passing in 2008.

Pitts was also a staple on Memphis and Soul music scores in film, appearing and performing in the 2008 film Soul Men featuring Bernie Mac and Samuel L. Jackson, as well as contributing to the score for the Memphis-set Hustle and Flow and Black Snake Moan.

Pitts had been battling cancer, and was in hospice care in Memphis.