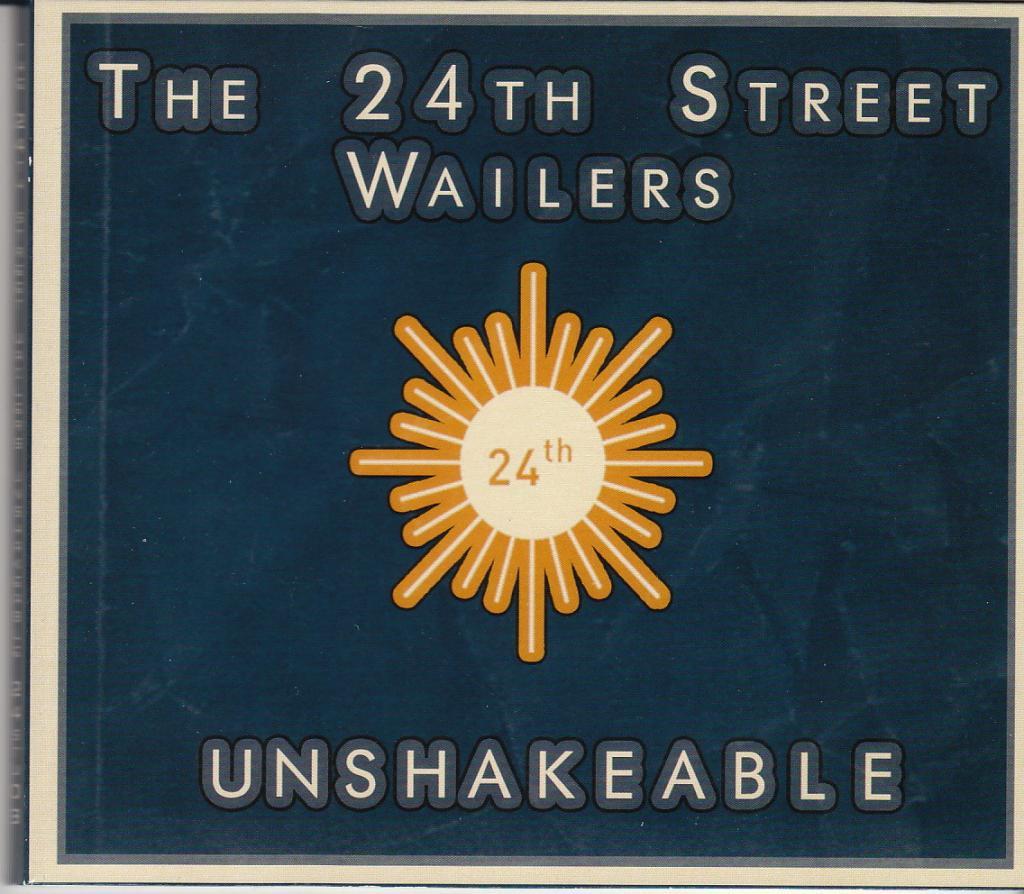 Looking at The 24th Street Wailers, you might take them for a bunch of fresh-faced college kids. Nothing could be further from reality! The maturity, skill and poise they show on this release is astounding. There are bands out there with 20 years experience on them that could not, and have not, produced an album this real and technically proficient. And the music sounds killer too!

For those who are unfamiliar with the band, a brief history is in order. Together one year, in 2010 they won the Toronto Blues Society talent search. This led to a raised level of exposure and the band began playing higher profile venues and festivals. In 2011, their debut Dirty Little Young’uns was released and charted in various venues. The band is Lindsay Beaver on (amazing) vocals and (driving) drums; Lindsay’s husband Mike Archer on bass; Emily Burgess on guitar, and Jon Wong on (funky) sax.

Unshakeable is 40 minutes of fun, blues and funk. The album opens with “Home Cookin'”, a slow Big Band throw back to a bygone era. This is followed by “Unshakeable”, which sounds like Sound Of Philadelphia soul, with a NOLA backdrop. Archer’s Bootsy Collins style thumpin’ drives and Beaver’s Peggy Lee tinged delivery envelopes without smothering. Very impressive cut! “Love Triangle” is something that will transport you to the Gruene Hall in Texas: It has a chickin’ pickin’ start and a Texas rockabilly vibe throughout. This cut also features guests Carter Chaplin and Marc Doucet on guitars. “Trouble” is a well done bluesy Chicago sounding shuffle with some great sax playing by Wong. “Howlin'” sounds like a throwback to early 50’s juke joint recordings with that distorted vocal, live edgy aural quality – just haunting. Another standout is “I Will”, with great guitar by Burgess; she knows when to play and when to lay back. “Jack, Jim, Johnny, and Me” is straight-up jitterbug action, with guest Gary Potts doing a fine job on drums. The closer, “Don’t Make It Easy”, is a fine 50’s style rocking swing with more excellent sax and vocals.

There are many qualities that make this album a keeper. There is the low-fi almost “live” sound quality similar to what Jimmy Vaughan has done on his last two releases that really adds to the overall vibe. Wong’s sax playing is confident and belies his youth; it’s gonna be interesting to hear how good he is 10 years from now! Archer plays a mean bass and adds the right touch to every groove. Burgess is an excellent guitar player that checks her ego at the door and plays for the song and she is damn good. Beaver’s vocals are good and provide the perfect flavor for each cut. This band is exceptional and has earned a whole lot of respect from everyone, especially their elders and mentors. We can’t wait for their next album. Until then, catch them live if you can.