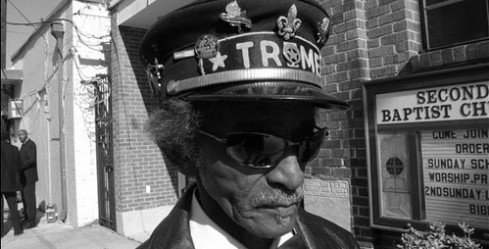 The powerful Blues and Jazz musician ‘Uncle’ Lionel Batiste, of the famous Treme Brass Band, has passed away. He was 81. Batiste, who had recently been hospitalized, died in the Ochsner Hospital outside of New Orleans, surrounded by friends and family.

Uncle Lionel, as he was known by many, had recently found some measure of broader fame for playing himself on HBO’s hit series, Tremé. The musician was already a legend in the New Orleans community for his suave outfits and mannerisms, large drum, and, often, a beloved kazoo. Born in the Tremé Neighborhood and having first played with brass bands as a child, Bastiste made music throughout his entire life. Most recently, Batiste had been playing with the world-famous Tremé Brass Band since it’s formation in 1995.

In 2010, he was featured on the New Orleans Jazz and Heritage Festival — one of the most prestigious honors that can be bestowed upon a New Orleans musician. That same year, he was also featured as the central persona on posters and promotion for “If God Is Willing and Da Creek Don’t Rise”, a documentary on the aftermath of Katrina by filmmaker Spike Lee.

As is city-wide tradition, soon there will undoubtedly be a grand “second line” parade and celebration of the iconic musician’s life in the streets of New Orleans.