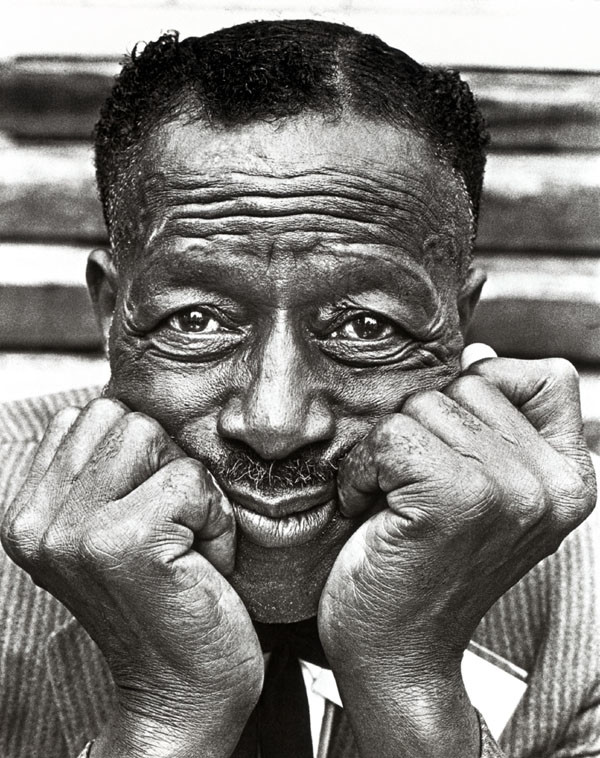 Today in 1988, delta blues legend Son House passed away at the age of 86. Therefore, today seems a fitting time to celebrate the life of one of the fathers of modern rock and blues.

In the days of sharecropping, Son often played with pre-war delta blues legends like Willie Brown & Charley Patton. He was a strong influence to Muddy Waters, Howlin’ Wolf, and Robert Johnson. In fact, it was likely Son did more to further the legend that Johnson sold his soul to the devil than anyone else. In the 1960s, Son often told the story about how Johnson used to take House’s guitar and try and play it when he would take break at a house party or juke joint, but it sounded awful. Soon after, Johnson disappeared then reappeared months later a delta blues master. “He must’ve sold his soul to the devil to play like that!” exclaimed House.

Son, a religious man, was alternately a preacher and a bluesman, which was extremely uncouth at the time. People still called blues “Devil’s music”, and good church-going people shunned those who played and listened to it. He lived the life of an iconic black blues man of the time; doing time in the notorious Parchman Prison Farm for killing a man, living and sharecropped on plantations, and Saturday nights, he could often be found playing guitar at a juke joint in the delta.

The legendary folk researcher Alan Lomax found and recorded Son House in 1941 & 1942. Shortly afterwards, Son simply “disappeared”, not an uncommon thing for a black man in Mississippi at the time. In actuality, Son moved to New York, put away his guitar, and began working on the railroad. During the 60s folk revival, his records were discovered by likes of Bob Dylan and Alan Wilson from Canned Heat, among many others, and his previously obscure records exploded in popularity — unbeknownst to Son. When he was finally tracked down in the 1960s, he was reportedly shocked to discover he had such a following. Promptly, Son took to playing again, enjoying a large and dedicated fan base, as well as vocal praise from famous fans like Dylan and Lynyrd Skynrd. He played the Newport Folk Festival in 1965, toured Europe, was met by an awestruck Rolling Stones, and his European presence played no small part in the British musical explosion that spawned the likes of Led Zepplin, The Yardbirds, The Stones & the The Beatles, among many others.

Son’s broad spanning legacy through the skill and emotional rawness of his music still shines. Jack White of the White Stripes often credits Son House as being his biggest influence and favorite musician. In fact, the White Stripes dedicated their first album to House, and Jack often covers Son’s work. Warren Haynes of Phish and Gov’t Mule plays a number of scorching Son House covers, and Son’s influence can be deeply felt in Hayne’s music. Even from the Allman Brothers clan with their strong blues roots, Derek Trucks has ties to the school of Son House. House retired in the mid 1970s, and in 1980 was inducted into the Blues Hall of Fame. His influence can be felt across music, and his life and music is celebrated and revered for his larger-than-life playing and accomplishments. Not bad for a poor rural sharecropper from Mississippi.