Get Nailed with Kirby Sewell Band's "Bought Myself a Hammer" 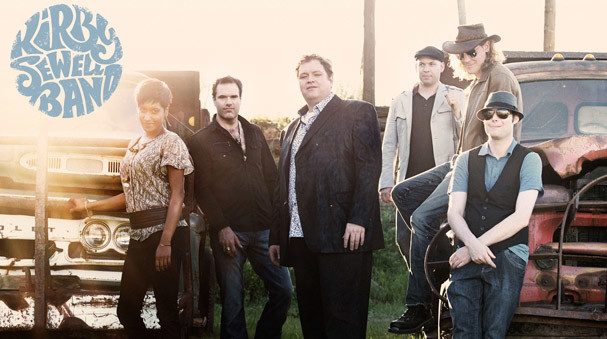 You will notice several things listening to the Kirby Sewell Band. One, this guy has an understated energy and passion in what he’s doing. Two, he’s good at it, and three, he likes to have fun doing it.

On the Smelly Cat Records CD, Bought Myself A Hammer by the Kirby Sewell Band, you get all of those in good measure. In discussions with Kirby, those characteristics come across as well. He’s one of those guys who has that friendly energy about him, that puts you to ease, and draws you in.

Listen to songs like “Bought Myself a Hammer”, “Money’s All Gone”, and the opener of the album, “You’ve Been a Bad, Bad Girl”, especially the way it ends, and you get the notion that they had a lot of fun creating this. Kirby carries that energy in his vocals extremely well. There’s a personality that has to come across live to make these songs work, and Kirby has it.

However, it’s not like this album is just a slapstick bluesy rock cd, or a Jerry Lee Lewis imitation. Oh no. There is some serious command here in playing and performing. Kirby said the experience of the CD and their touring, “made us rise to the occasion & grow into a new set of stage clothes.” Listen to another fun song, like “I Love To Watch You Walk Away”. Some interesting twists on the lyric story line, which Kirby delivers well. But listen to the interplay of the two guitars and the keyboard. There is some definite skill in this band.

Bought Myself a Hammer is an album of 10 songs, 2 of which are covers. One is “Pour Some Sugar On Me”, and brace yourself: “White Light/White Heat” by Lou Reed. And yes. They nail it. The guitars, the vocal delivery, the organ, and their rhythm section (yay for female bass players!) make this song stick in your head and sing along. Especially if you have head phones on! There’s an excellent interlude at the 3:40 mark. You’ll have to buy it.

The rest of the songs are written by Neil Gunhold, one of the band guitar players, and Kirby, and combinations thereof. These guys, and the aforementioned female Lisa, are original, and have a groove that makes a live performance a memorable occasion.

A couple songs evoke definite emotion, those being the “Year I was Born (1977)” and “Own Way Home Tonight”. Ah, those typical soul/blues subjects of the hearts tender and sad times. When a band can arrange a melody and vocal line that brings up emotions, they have succeeded as artists.

When a band can take you from the rocking fun of “Pour Some Sugar on Me” to the tear jerk country/soul of “Own Way Home Tonight”, you’ve encountered the Kirby Sewell Band.