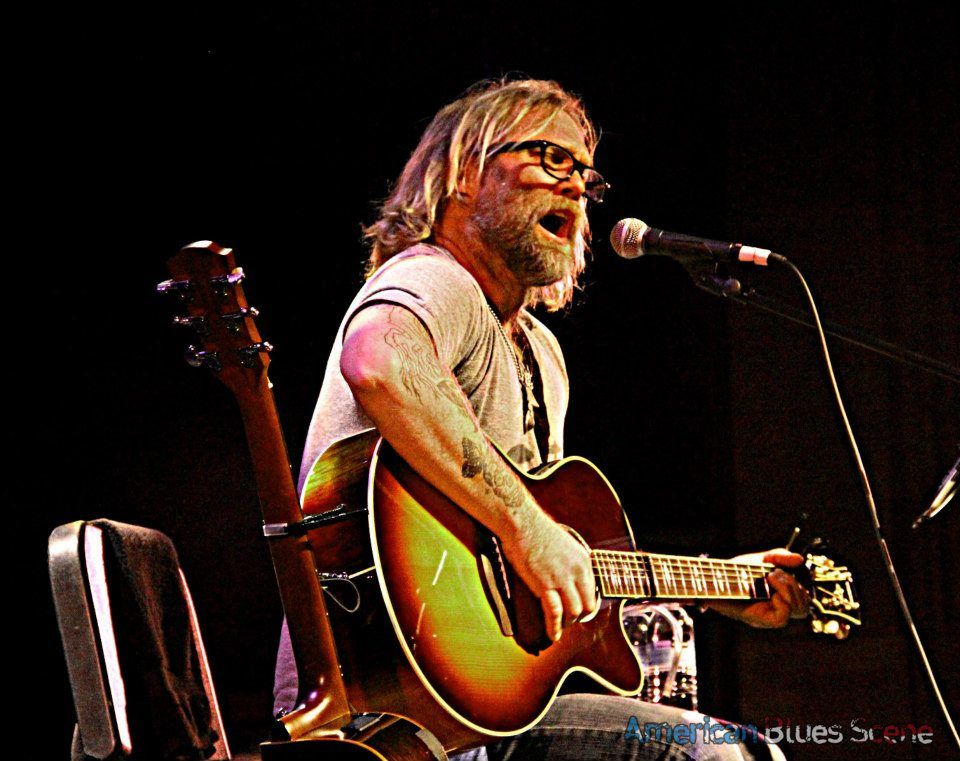 I normally don’t talk about my personal life when doing a show review, but I feel inclined to do that here. I first became a fan of Anders Osborne over 3 years ago when he did a duet with another personal favorite, Mike Zito. At the time, I was co-producing a syndicated radio show called “Rockers In Recovery” and had booked Mike as a guest. Prior to seeing the video they did together, I hadn’t heard of Anders, but I quickly learned how talented he is. We also share a common bond outside of music, and I suppose that played a big role in why I have followed his career since then. I’m not going to go into details here, but if you listen to his latest album, Black Eye Galaxy, it shouldn’t be hard to figure out. I was finally fortunate enough to see Anders Osborne live last Saturday night in the little town of Edmonds on the coast of Washington State.When I became a fan of his, I had absolutely no idea (who could?) that I would be standing in the photo pit next to his stage a few years later, in absolute awe of this incredible musician.

Anders ignited the crowd with this stripped down, acoustic version of his music. When he played “Black Tar”, he captivated the mostly upscale crowd with some absolute filthy slide guitar. In talking to many people in the crowd as I was snapping photos, I realized that hardly anyone in the building knew who Anders was before he took the stage. They were mostly there for reggae legend Toots and The Maytals, but after hearing Anders, there was a consensus: Everyone I talked to loved him, and they had a great time as he shared a little piece of the deep south with the Pacific Northwest. He has no doubt picked up a lot of new fans last night — and for good reason: Anders plays a brand of music that is fresh, raw and loaded with the energy that’s sometimes missing in live performances. You know the type; when the artist just seems like they are pushing the play button.

Another great thing about Osborne is his lyrical content. He is a marvelous story teller and almost all of his songs tell a tale that make the listener visualize. In “Louisiana Gold” he told the tale of a drifter trying find peace out on the road. He meets a woman and she makes him calm. He knows this is the one, and his traveling days are done.

The crowd also connected well with Anders’ self deprecating brand of humor and his good-natured jabs at his long-time friend Shaggy, who also was responsible for putting together the awesome setlist.
Anders also joked around that if he had an electric guitar he’d be going all “Neil Young” on us — well he did just that but without an amp.