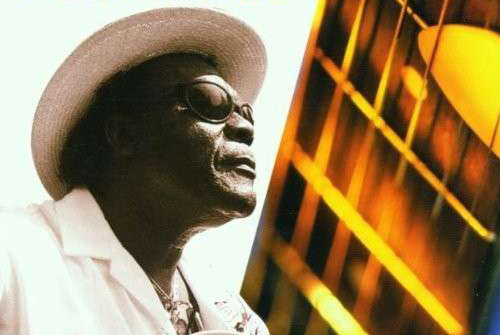 Luther “Guitar Jr” Johnson, one of only two guitarists alive to play the better part of a decade alongside the legendary Muddy Waters, returns to Chan’s Eggrolls, Jazz, and Blues this Friday after recording a live CD at the venue in June.

Johnson tends to keep a lower profile than fellow former Waters’ six stringer Bob Margolin, as he moved some years from Chicago to New Hampshire, of all places.

“I got tired of the city. I wanted to move to the country,” Johnson said.

He added that when Muddy’s band dissolved in the early 1980s, “Everyone went to the south, but I picked the east coast.”

For blues fans in the New York Metro area (which encompasses parts of New York, New Jersey and Connecticut), Chan’s Restaurant – a beautiful Chinese eatery that doubles as a blues music haven – is the closest place to see Johnson until 2013.

Johnson’s show at Chan’s this past summer will be only the second live album of the Grammy winner’s career, a fact that shows how selective Johnson is about where he records lives concerts and which venues he truly loves. His previous live album was 1999’s Live at the Rynborn.

In addition to his time with Muddy Waters, Johnson was also a close friend of blues great Magic Sam, who had a big influence on Johnson’s West Side style of playing.

For Johnson, who began his recording career in the 1950s and made a brief appearance alongside John Lee Hooker in the 1980 classic “The Blues Brothers,” the fire to perform is as strong as it ever was.

“I just like to play the blues,” said Johnson, adding, “I do my thing.”