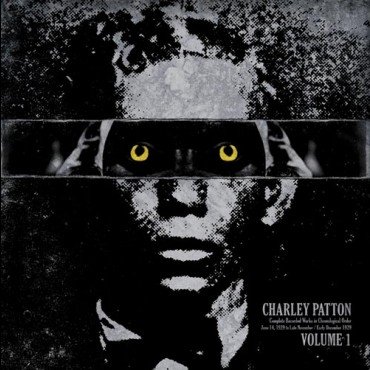 Jack White’s Third Man Records recently announced a plan to reissue albums from Document Records on vinyl. For decades, Document has been involved in an exhaustive attempt to issue every pre-war blues song recorded, along with gospel, country and other old-time music. The first three releases on Third Man will be albums from Charley Patton, Blind Willie McTell and the Mississippi Sheiks. The records will be available on January 29th.

While it’s always exciting to see anything that will bring attention to great early blues, it also strikes me as a little weird to see how many labels are currently releasing this same material. It’s already easily accessible to any fan. For example, Patton’s music recorded between 1929 and 1934 is available on at least the following record labels: Document, Yazoo, JSP, Revenant, Snapper, World Music Network, Wolf and Monk. There are vinyl and CD releases that you can find in your local store. You can download from Amazon, emusic, iTunes and countless other online retailers. You can stream it from Spotify, Pandora, Grooveshark, MySpace and plenty of other services.  We have way more access to Patton’s music than anyone in history that didn’t live on Dockery Plantation in the twenties.

So, do we need these reissue from Third Man? White says he’s releasing these to be sure that the complete recordings on Document are on vinyl. It’s true that Document’s complete recordings are only on CD and MP3, but great collections from Yazoo, World Music Network, and Monk releases all are on vinyl. I’m not even looking at the confusing issues of international copyright, but I do wonder which of these record labels are paying the heirs of these artists. Though, of course, no one’s getting rich off of 80-year old blues recordings.

Document’s approach has always been a no-frills attempt to be comprehensive. The albums are mostly tracks collected in chronological order. The album art was bare bones. Liner notes always informative, but pretty dry reading. The Third Man reissues may improve some of that with new art and liner notes. As much as I love the music Document has released, I’ve always found the songs listed in chronological order to be one of the worst ways to listen to old blues. It’s certainly not how the artists or folks at Paramount or other pre-war labels intended these songs to be heard. The listening experience had been improved in the digital era, where you can create playlists and listen to collections on shuffle. So, in some ways, the vinyl-only releases will represent a step backwards.

Jack White has already done a lot to pay tribute to pre-war blues. He’s recorded covers of Son House, Robert Johnson and McTell songs. He’s probably brought more popular awareness to this music than any other individual over the past decade or so. The Third Man reissues should bring at least a few new fans and that’s always good. As this music becomes more available on different labels and in different formats, we should say thanks. It’s absolutely amazing how many ways there are to listen to this music. The only trouble now is keeping up with all the good music that’s out there.

So, will I be buying the Third Man Releases? Probably not. Do I love living in a world where there are dozens of ways to listen to Patton, McTell, and the Sheiks? Absolutely. These products will be for a pretty small niche. But it’s great that they’ll be out there.