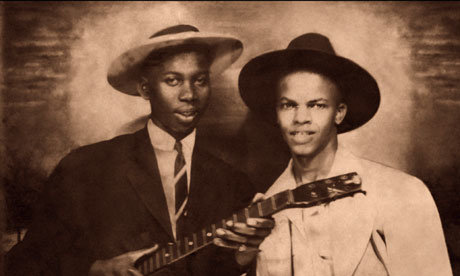 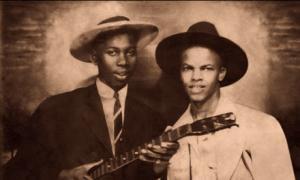 We thought this was old news but apparently not everyone has heard about this. We noticed in the last couple of days that this story is being  spread around the internet again, partially because of an article recently written by a reporter for the Guardian.

So let us clear up a few things. Yes this photo was deemed authentic…see below.  No, it is not breaking news…see below.

Now that the story is starting bounce all around the internet again and American Blues Scene wanted to make sure that everyone is aware this is not actually anything new, rather it’s a bit dated. That being said we think it’s fantastic that people are talking about the blues. So if it’s new to them then let’s run with it but just for the record, here is the affidavit of authenticity:  Notice the date at the bottom.

Forensic work on the third Robert Johnson photograph started in 2007, when Lois Gibson analyzed the features of the delta blues king holding the guitar. She has ruled that “it appears the individual is Robert Johnson. All the features are consistent, if not identical.” The only differences she found were due to the angle of the camera or the lighting.

Robert Johnson, the early-twentieth-century blues singer who, as the legend goes, made a deal with the Devil in exchange for his musical talent, is best known for two things: The first being his incredible talent as a blues musician, influencing the likes of Eric Clapton and many others, and the second being the fact that only two verified images of the singer exist anywhere—until now.

The new photograph came to light eight years ago, when a classical guitarist called Steven “Zeke” Schein was searching eBay for an old guitar. He spotted a thumbnail picture with a caption that read “Old Snapshot Blues Guitar BB King???” and bought it. On inspection neither man in the photograph looked like BB King, but Schein noticed the length of the man’s fingers on the guitar and the way his left eye was narrower than his right.