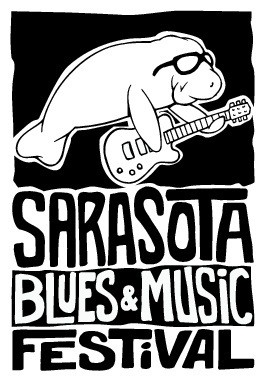 (SARASOTA, FLORIDA) – Saturday, October 26th will still bring the blues to the gulf side of Florida! In the span of less than a day, The Sarasota Blues Festival was cancelled, essentially dead, then reincarnated as the Florida Blue Blues and Music Festival.

For over twenty years, the Sarasota Blues Festival brought some of the best of the blues to town. The festival was started by the Sarasota Blues Society, and later run by Barbara Strauss for nearly twenty years, before selling her stake to Texas-based ExtremeTix, a ticketing and event company. The next year, ExtremeTix unexpectedly shuttered the festival, citing not a lack of popularity but a need for the company to leave the event business. Two former ExtremeTix employees almost immediately announced their taking over the festival — with a new name and a new location.

The Florida Blue Blues and Music Festival will be held at the Sarasota Fairgrounds instead of it’s longstanding home at the Ed Smith Stadium Complex.

In the past, Sarasota Blues Festival has hosted Trombone Shorty, Gregg Allman, Buddy Guy, and many more, working hard to establish it’s reputation as the area’s premiere festival.