Ray Manzarek, Keyboardist for The Doors, Dead at 74 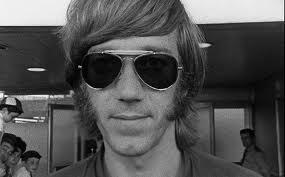 Ray Manzarek, famous for co-founding The Doors with Jim Morrison, has passed away. He was 74.

According to the band’s official Facebook page, Manzarek died today at the RoMed Clinic in Rosenheim, Germany after a lengthy battle with bile duct cancer.

“I was deeply saddened,” said Doors’ guitarist Robby Krieger, “to hear about the passing of my friend and bandmate Ray Manzarek.”

Manzarek is best known for his work with The Doors, who formed in 1965 after Manzarek had a chance encounter on Venice Beach with poet Jim Morrison. The Doors went on to sell more than 100-million albums worldwide, receiving 19 Gold, 14 Platinum and five multi-Platinum albums in the U.S. alone. Manzarek played keyboard in The Doors, and created some of the most iconic rock music in history, including “Light My Fire.”, “L.A. Woman,” “Break On Through to the Other Side,” “The End,” and “Hello, I Love You”.

After Morrison’s death in 1971, Manzarek went on to become a best-selling author, and a Grammy-nominated recording artist in his own right. In 2002, he revitalized his touring career with Doors’ guitarist and long-time collaborator, Robby Krieger.

Manzarek’s family has asked that in lieu of flowers, fans should make an in memoriam donation in Ray’s name to Standup2cancer.org.