It's "Easy Livin'" With Southern Hospitality 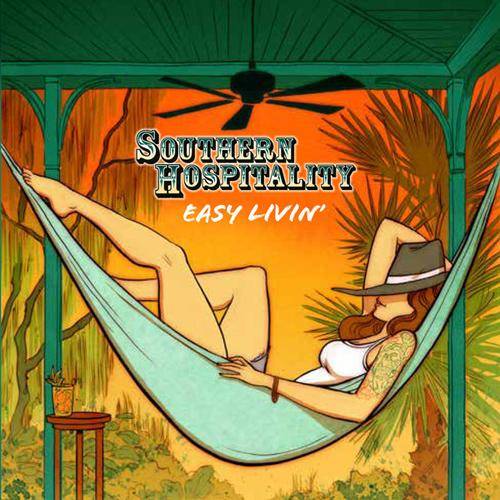 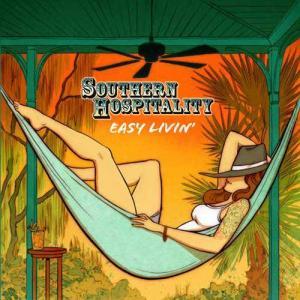 Collaborations can be a good thing. Take the debut release from Southern Hospitality, Easy Livin’, on Blind Pig Records. Southern Hospitality is Damon Fowler, Victor Wainwright, JP Soars, Chuck Riley, and Chris Peet. For those not in the know, all of these gentlemen are first class musicians. JP Soars plays guitar, dobro guitar, cigar box guitar, and adds vocals. Soars actually used to play Metal, then after hearing Gypsy Jazz, fell in love with it.  Now he adds Gypsy flavor to his blues stylings. Victor Wainwright, winner of this year’s Pine Top Perkins Piano Player Award at the BMA’s, is a force to be reckoned with on a piano. He is honky-tonk and boogie, with a dose of rolling thunder thrown in. Damon Fowler is a master of the syrupy, twangy, crying, swamp slide.

Produced and engineered by Tab Benoit at his Whiskey Bayou Studios, Easy Livin’ is a well rounded album. Great sound quality and an excellent mix make this an easy album to listen to, and really lets the music shine. At 60 minutes, there is plenty to enjoy here.

“Fried Neck Bones and Home Fries” is a long, lush, journey through Latin infused bluesy guitar, with great backing from Wainwright, Peet on drums, and Riley on bass. Great version of this song, which has been covered by many, but never with such flavor and panache. “Shoestring Budget” is some fine, fast, jumping Texas Swing, done right. Wainwright’s playing is simply beautiful madness, and he coaxes much love from the ivories. The best cut on this album is the reggae masterpiece “Don’t Feel Like Going There Today.” Damon Fowler’s vocal is just right, and we wouldn’t have minded if this song ran another few minutes longer. Closing out the album is “Sky Is What I Breathe,” a slow acoustic number that features phenomenal playing and vocal harmonies.

Yep, it’s Easy Livin’ with Southern Hospitality. Good music, well written, and well played. This is an excellent debut album that anyone would be proud of. Great job fellas!