Language of the Blues: CANNED HEAT 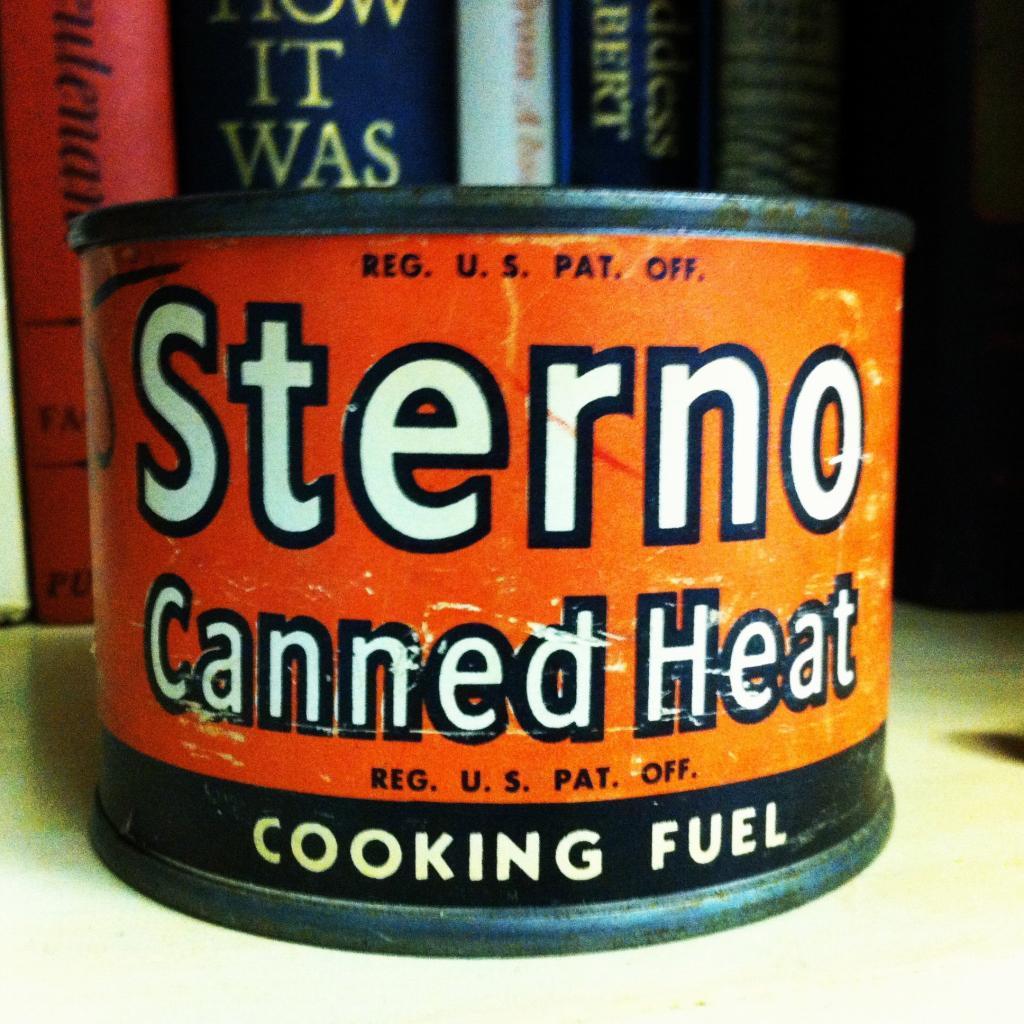 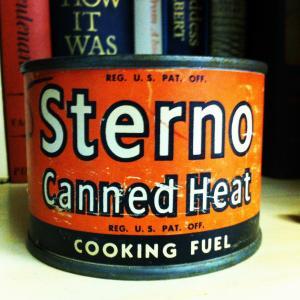 During Prohibition, alcoholics who couldn’t get their hands on moonshine resorted to some truly dangerous methods to satisfy their cravings, such as extracting the alcohol from Sterno Canned Heat Cooking Fuel.

Canned Heat has been sold for over a hundred years in the United States as fuel for outdoor cooking and is comprised of denatured alcohol, water, and a petroleum-based gel. The Sterno Web site proudly notes: “Other uses for Sterno Products have become legend, and its steady performance in emergency situations has given the Sterno brand a reputation as being one of the basic necessity items you should always keep on hand: Water- TP- Duct Tape- Canned Foods- STERNO!”

The alcoholic extract of Sterno Canned Heat was called “canned heat,” and could be bought off street dealers who distilled the stuff in basements and backyards. It was highly addictive, foul-tasting and lethal over time.

In 1929 the Delta blues singer and die-hard drinker Tommy Johnson sang of his hopeless addiction to alcohol in “Canned Heat Blues”:

Although he only recorded from 1928 to 1930, Johnson’s expressive voice, showboating guitar antics (he played his guitar behind his neck long before Jimi Hendrix did), and anguished lyrics strongly influenced future Delta blues stars like Howlin’ Wolf and Otis Spann. Wolf and Spann poured over Johnson’s recordings and strove to emulate him and his drinking buddy, Charlie Patton- the first great star of Delta country blues. Wolf electrified Johnson’s “Cool Water Blues,” and turned it into the 1950s juggernaut “I Asked for Water (She Brought Me Gasoline).”

Far more devoted to drinking than to his career, Johnson frittered away his substantial talent on medicine shows, juke joints, and house parties while slowly killing himself with whatever alcoholic substance he could get in hand. He died of a heart attack while playing a house party gig in 1956.

In 1966, a couple of ardent white blues-record collectors, Alan Wilson and Bob Hite, named their rock band Canned Heat. after Johnson’s song. They made rock history with a headlining slot at the 1967 Monterey Pop Festival and performances at the 1969 Woodstock Music Festival. The band scored several hits, including the unofficial theme of the Woodstock movie, “Going Up the Country.”

The members of Canned Heat used their fame to help their blues heroes: they collaborated with John Lee Hooker on his Grammy-winning album The Healer, rescued Sunnyland Slim from obscurity as a taxi driver, and helped Albert Collins secure a recording contract.

Felled by his own blues, Alan Wilson committed suicide in 1970. Bob Hite died of a heart attack in 1981, but Canned Heat still tours today under the leadership of Fito de la Parra (the band’s drummer since 1967).