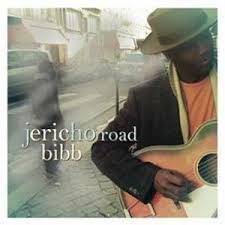 Eric Bibb is not one to sit still and rest on his laurels. He has released four quality albums since 2011, including Troubadour Live. His roots based style is mostly acoustic, with tasteful electric mixed in. His songs are always well written, and well played. His latest release, Jericho Road (Stony Plain Records), maintains the high standard Bibb has set for his work.

As Bibb says on his website, “The title refers to the road between Jerusalem and Jericho where the Good Samaritan, a traveler of a despised race, stopped to help a stranger in need after better-off religious leaders had passed by and done nothing. On April 3, 1968, the night before his death, Rev. Dr. Martin Luther King urged us to follow the example of the Good Samaritan, saying: ‘Ultimately, you cannot save yourself without saving others.’ If this record has a theme, that’s it in a nutshell: have a heart.”

The album features all original songs, some co-written with Glen Scott, who also produced. The 13 songs here clock in at 59 minutes and when the album is over, we are left wanting more. Bibb uses a whole host of musicians throughout the album, and the playing is consistently superb. An album full of captivating textures, Jericho Road never disappoints. Standout tracks include “Freedom Train,” which is full of body, texture, and will have you tapping your feet. It is incredibly light, with melody lines and backing vocals that weave in and out of each other; just a really good time. “Let The Mothers Step In” starts off slow and sparse, and builds into a track with a full bodied sound that approaches soul, again with great vocals and rhythm. “Have A Heart” almost has a light jazzy vibe to it, with the always on time vocals of Ruthie Foster. “Death Row Blues” is a tight acoustic blues without the dreary, dark feelings.

“The Lord’s Work” has uplifting horns, a shimmering guitar line, and implores us to “get together and get the Lord’s work done.” “With My Master I Am One” has Bibb playing resophonic, acoustic, and electric guitars, and the result is mesmerizing. “She Got Mine” is rife with great picking, and a nice foot-tapping beat that will have you dancing along to it. “Good Like You” has killer backing vocals, exquisite horn fills, and an awesome wah guitar riff. “One Day At A Time” is perfect: silky smooth vocals, stunning acoustic playing from everyone, and it will have you feeling like you are walking barefoot in the rain.

This is the liveliest “Roots” album we’ve heard in a long time. Brilliant lyrics, superb musicianship, and the sound quality is pristine. If all church music was this good, we’d never leave! (When is the last time you heard a roots album with wah-wah on it?) Take this for a spin today – through some quality headphones, so you hear every note.