Pianist Could Face 7 Years in Jail for Practicing 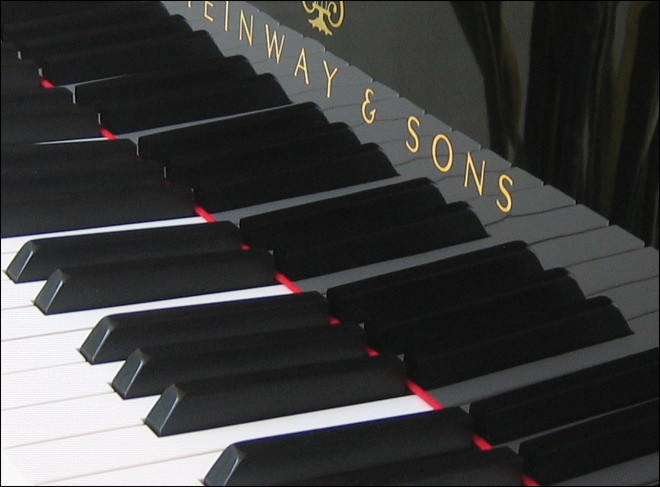 MADRID (AP) — To most people, noise pollution is a jet engine roaring over their head. For one Spanish woman, it was a neighbor playing the piano more softly than a spoken conversation.

The woman has taken her neighbors in the apartment below — a 27-year-old pianist and her parents — to court. Now prosecutors want to send all three to jail for over seven years on charges of psychological damage and noise pollution.

In a country known for its exuberant noisiness, the case has raised eyebrows. Neighbors often complain about street and bar noise in Spain, but prosecutors seeking jail time for someone practicing the piano is unheard of — especially since that musician is now a professional concert pianist.

Martin, 27, denies that she played at home that often, saying she took regular classes in other towns. She claims she mostly practiced at home on the weekends.

On Monday, the first day of the trial, the El Pais newspaper reported that Bosom told the court she now hates pianos so much she can’t even stand to see them in a film.

The prosecution claims that years of hearing constant playing has caused Bosom “psychological injury.” Medical reports showed she suffered from a variety of problems, including insomnia, anxiety, panic attacks and gynecological problems.

Bosom and her family moved in 2007 and she says she has had to take time off work, reportedly due to her problems.

The prosecutor said tests by local authorities found that the sound levels made by the piano were repeatedly up to 10 decibels higher than the 30-decibel limit laid down for musical instruments in the town. City authorities asked the family several times to either stop the piano playing or soundproof the room.

The family told the court they carried out soundproofing work twice but the complaints continued, the newspaper reported.

Nuria Blanes, an environmental scientist at the Autonomous University of Barcelona, said noise around 40 decibels “is not very much.” A normal conversation produces 55-60 decibels, with noise in a bar reaching 65-70 decibels and an airplane in flight producing 110-120 decibels, she said.

However, she also noted that some studies have established links to health problems such as sleep disturbances and cardiovascular disease if someone faces a constant noise level of over 40 decibels during the night.

“The norm is for 30 decibels as a nighttime limit inside a house, but some authorities are widening it to daytime, which is surprising,” said Fernando Simon Yarza, a constitutional law professor at Navarra University. He said that may be due to the high fines that courts have forced some towns to pay for not taking action against excessive noise levels.

“Protection against noise and environmental quality is considered a human right,” he told The Associated Press.

The prosecutors have asked for all three defendants to be sentenced to six years in jail for noise pollution and an additional one-and-a-half years for psychological damage. They have also demanded that all three be prohibited from playing the piano professionally for four years.

A Catalonia Justice Tribunal spokeswoman said the trial will end Nov. 15 with the verdict issued at a later date.

Jorge Sainz in Madrid and Barry Hatton in Lisbon contributed to this report.