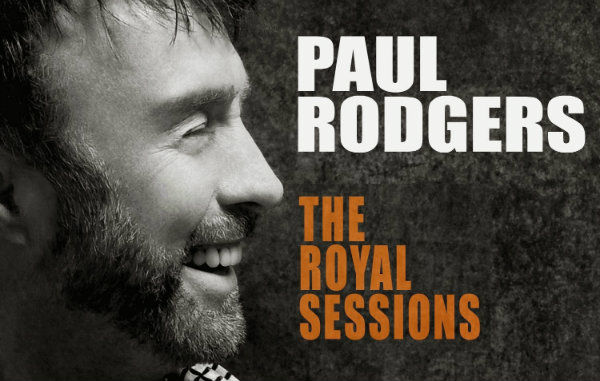 The name Paul Rodgers is usually associated with legendary classic rock bands like Bad Company and Free but something you might not know is that he has had a deep love affair with roots based music for a long, long time. His upcoming release “The Royal Sessions”  is clearly a labor of love and pays loving homage to this music he holds dear.  He collected these songs as a youth on 45s released on Stax/Volt, Goldwax and Hi Records.  This is the music that spurred him on to follow his own dreams as a singer. All of the songs on “The Royal Sessions” were hand-picked by Rodgers and he displays his powerful vocals soulfully, complimenting the incredible musicianship of Memphis in a magic way.

The opportunity to record this fantastic piece of work came together as Rodgers was working on a solo record and producer Perry Margouleff discovered that Royal Studios was still up and running under the auspices of Willie “Pops” Mitchell’s son Lawrence “Boo” Mitchell. It turned out to be a dream come true for Rodgers, getting to record these songs that had such a deep meaning for him and with such great historical significance. The Memphis players forged an immediate bond when presented with his formidable talent and sincere love of the songs. Rodgers said that they all spoke the same language in the room and he could really feel the love. It really does show, they were clearly all in the pocket throughout this entire release. “The Royal Sessions” was recorded in an all analogue format live in the storied Royal studio in Memphis and the sonic quality is thick, rich and very pleasing to the ear. Rodgers was paired with a classic rhythm section full of all-stars that played on some of the original hits dating back to the ’60’s. The roster of musicians includes Reverend Charles Hodges (Hammond B3), Michael Tolls (guitar), LeRoy Hodges Jr. (bass), “Hubby” Archie Turner (Wurlitzer), Steve Potts and James Robertson Sr. (drums), The Royal Horns and the Royal Singers.

One of the standouts, although it’s bit hard to pick just one, is “I’ve Been Loving You Too Long,” originally recorded by Otis Redding. Rodgers digs deep and lives in the moment, belting out some of the most soulful vocals you will ever hear. The Memphis players blend with his voice perfectly on this track, as they do on the other nine legendary songs. They sound like they have been playing with him for last 5 decades that they’ve all been laying down the smooth grooves. The Ann Peebles classic “I Can’t Stand The Rain”, and the seminal “Born Under A Bad Sign”  are a few others that are brilliantly sung by this classic rock veteran but make no mistake, there isn’t a weak track on here.  This is a must have for any classic music fan.

The Royal Sessions will be released on 429 Records on February 4th, 2014 in the United States but fans in Europe can get their hands on it on January 27. To pre-order  “The Royal Sessions” Click here:

All of the proceeds from “The Royal Sessions” will be donated to local Memphis music education programs.