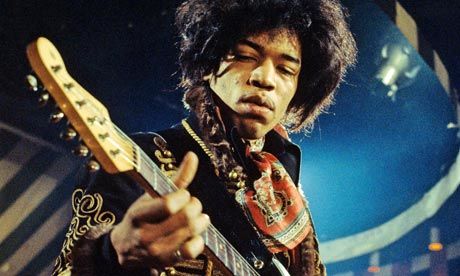 The United States Postal Service is unveiling new stamps that will be rolled out in the next two years, According to a The Washington Post. Included in the subjects are Jimi Hendrix, Janis Joplin, and James Brown, who’s the focus of a biopic movie entitled “Get On Up” to be released this summer. The artwork is still “in design development”.

In addition, the U.S.P.S. is re-releasing the famous Elvis Presley 29 cent stamp, which was the best-selling stamp of all time, according to the Washington Post.

The document from The Citizens’ Stamp Advisory Committee, which evaluates potential subjects for postage stamps and reports it’s recommendations to the Postmaster General, reveals several focuses of it’s “Music Icons” series that have been slated for future stamps. Among them are Clarksdale, Mississippi-native and soul icon Sam Cooke, influential jazz pianist Fats Waller, John Lennon, and widely influential blues songwriter and musician Willie Dixon, among others.