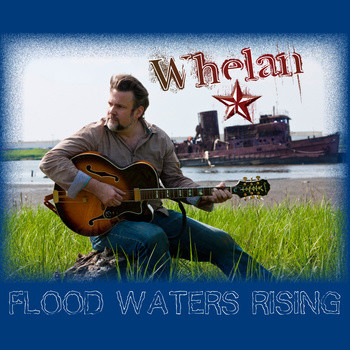 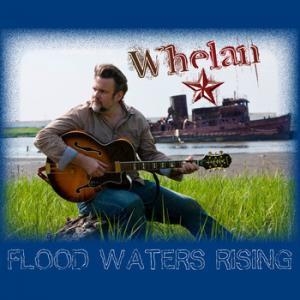 The first fantastic slide licks played on Sid Whelan’s new Flood Waters Rising album sets such a relaxing mood before the album opener “Frisco Lines” jumps into its country style and melodies, and blues influenced riffs. Recorded, edited and mixed at John Kilgore Sound & Recording, Whelan is a voice that sounds like Tab Benoit and twists and turns it into something not worth forgetting.

“Fool’s Gold” plays up the Blues licks with the continued upbeat rhythms set from the start. “Flood Waters Rising”, the title of the album, is where Whelan shines. The Blues song could be mistaken for a classic. “Sittin’ on Top of the World” is a timeless blues ballad, and “Bird Nest on the Ground” plays up a little tremolo on the guitar underneath Whelan’s baritone growling. “Dog in the Fight” is a clever song, one that Whelan sings so slyly over the thumping bass as if the song is a warning. “The List” is Whelan’s chance at telling a story and does such a great job over such laid back melodies.

The way Whelan sounds through a speaker could give the listener the idea that the music was recorded years and years earlier because Whelan fits in so well with this choice in mastering. Having shied away from music years earlier, his coming back keeps giving the fans the best of himself and more.