Pennsylvania Blues Fest is About People, Not Product 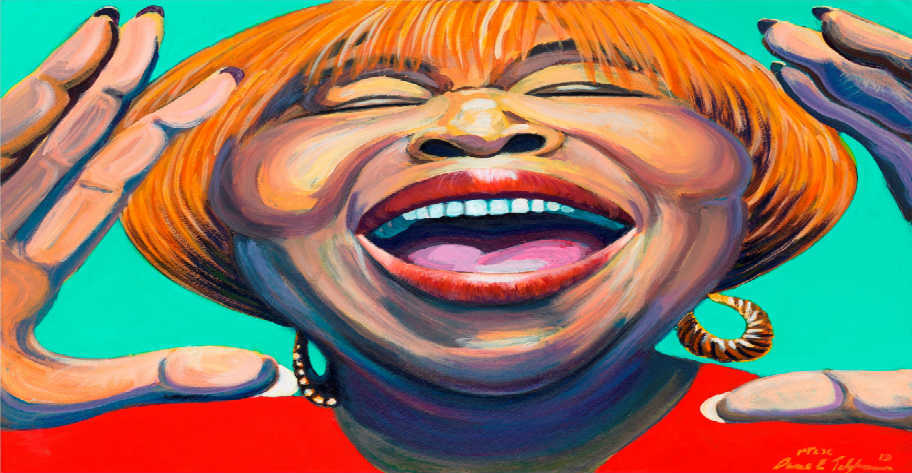 “You gotta look under the right rocks (for great blues talent), buddy,” says Michael Cloeren who has booked more than 80 festivals in 23 years. On Friday, July 25th through Sunday, July 27, he presents the Pennsylvania Blues Festival at the Blue Mountain Ski Area in the Poconos Moutains in central Pennsylvania. The festival headlines 78-year-old James Cotton, one of the few original post-war Chicago blues giants left standing. His 2013 Grammy-nominated Cotton Mouth Man produced by Wunderkind Tom Hambridge is perhaps the best of his career. His performance at this year’s Blues Music Awards was one of the standouts of the night, and he took away the Traditional Blues Artist of the Year award at that same show.

Other high profile artists at the Pennsylvania Blues Fest include a solo shot by Super Chikan, a Sunday jam with Murali Coryell and C. J. Chenier & The Red Hot Louisiana Band, but what separates this festival from the ever increasing plethora of summer blues fests is what Cloeren finds “under the right rocks.” Typically, blues fest promoters spend half their budget on crossover draws, they book a couple of talent agencies’ top card artists, and fill in with regional talent. “I think the big question is how are you educating the fans,” says Cloeren.  “Call it a music fest, and I don’t have an issue with it, but once you say that five-letter word, b-l-u-e-s, have a little more responsibility and respect for the art form.

Cloeren looks at the artists he books as people, not products. He travels the world experiencing the acts he books on stage and off. He loves female singers, traditional artists who tweak their heritage with a new angle, and artists with inspiring back stories. You can see those influences in this year’s lineup. Ask him about anyone on his bill and he can practically tell you what kind of maple syrup they like on their pancakes. Here’s what he has to say about some of the 17 acts he has this year.

Ronnie Earl back in the game after years of not performing

“He played my fifth fest in ’96 with Joe Beard who was his vocalist and Bruce Katz on Hammond B3. He has that Magic Sam meets Santana vibe, and he doesn’t need vocals. He’s one of those artists who is brilliant, and he does his talking through his guitar.

“As you saw at the Blues Music Awards he kinda loses track of time. After that first song when everybody was cheering this year, he kinda like lost it and said, ‘Come on, Anson. Come on, Bob Margolin. Where’s my friend? Where’s Kim Wilson?’ That wasn’t planned obviously because Kim Wilson was sitting by me two thirds in the back of the room. He looks at his wife, shrugs his shoulder and walks off the stage. You remember, Anson never showed up. He wasn’t even in the room. Margolin got up there and Kim got up three and Dave Keller on stage was like a lost puppy. He was supposed to introduce Dave, and he forgot to introduce him and then Dave walks up and starts singing. It’s kinda fun. But you know what? That’s what’s great about our music, spontaneity stuff like that.

“So anyway, I asked him that night if he’s open to play my fest. He says, “Yeah,” and the last time he played the Blues Music Awards was in ’86. Of the 17 acts this year, if you asked me whose the one with the biggest buzz? It’s Ronnie Earl.

“They were Grammy nominated last year with Ruthie Foster, Dr. John, and Shemekia Copeland. It’s a wonderful version of traditional blues with a twist. They’re kind of experimenting. It’s not say the Otis Taylor type of blues. It’s more steeped in tradition, but it’s really haunting –  very tribal. Bill Sims Jr. is kinda like the ring leader with his daughter Chaney Sims. Junior Mack on guitar is a wonderful New York musician. Barry Harrison was Johnny Clyde Copeland’s drummer for many years in the ’90s, and then this guy Vincent Bucher. He’s a harmonica player from Europe. It’s one of the early acts I’m really excited to see. This is my third straight time trying to bring them in. I always go up against that cognac festival in France each year which is another good one. So this year they’re gonna be on the east coast so I’m lucky.”

“This is her third appearance since 2000. She played with Roy Roberts and Skeeter Brandon. So it was a review and in 2010 she played with Roy Roberts also, and this year she’s bringing her own band from St. Louis. She’s definitely soul, but she has a twist like Tina Turner ironically based out of St. Louis, Tina Turner in an early part of her career. Barbara’s got that kind of risqué blues with lyrics like “Footprints on the Ceiling” and “Bone Me Like You Own Me.” She a great entertainer. I’m really excited to bring her for the first time with her band based in St. Louis. She was nominated this year for Soul Female Artists of the Year (in the BMAs). Yeah. I’m excited to bring her on the big stage in a good spot right before Ronnie Earl and James Cotton, so it’s a good slot.

I saw him last week. I was very impressed with his stage presence, his soulfulness and his articulation, how he was off stage, wonderful. He didn’t even place (in this year’s IBC). It just shows you the talent there at the IBCs. He’s number one on the Roots Music Report Radio Chart, seven of the first eight weeks (for his Alligator Records debut Refuse to Lose) So, he’s getting radio airplay off it.”

(Magic Slim’s son taking over his late father’s band on Daddy Told Me for Blind Pig Records): “Talk about personality. I love when he got up there when he won (Best New Artists Debut at the BMAs), and he said, ‘Next year I need a bigger mike,’ when he went to the podium and he had to bend down three feet. ‘I need a bigger mike next year.’ Another guy born into the blues. I mean blues royalty with his dad. So, yeah, it’s really good seeing people keeping the blues alive that way in a good way.”

“I found them because I brought ‘em in last year to the Philadelphia Folk Festival: three sisters from Como, Mississippi and doing a cappella gospel. The only instrument is their throat.”

“Signed last October with Severn Records based out in Maryland. She’s gonna remind you kinda of Nina Simone. She’s not a shouter. Very sexy, very smooth, and she’ll have a five-piece band, drums, guitar, bass, keys. She’s out of the Baltimore area.”

“He’s getting some buzz I’m happy to see. He’s Snooky Pryor’s son. He’s a baby. He’s 56 years old. He reminds me of Byther Smith where he worked like decades. He was a carpenter, and then he kinda got the bug I wanna say in the late’90s. He went out with his dad for a little while and then he retired, but then he got cancer. Then he said, “If I can survive, I’m gonna do blues fulltime.” And that was probably four years ago.

“Another talented West Coast guitarist, a master guitar player. He is basically heavily influence by the three Kings, B. B., Albert and Freddy. Basically, he’s been on the West Coast forever. It’s my third time booking him and hopefully the first time he’s going to perform. The first time was in ’96, a great slot right before the late, great Lowell Fulson, but he called me up a week before, couldn’t make any routing dates, decided he couldn’t do it. And the second time very similar. So hopefully the third time is the charm.

“He’s a guitarist’s guitarist. He was on the cruise a couple years ago, and Arthur Nielson, Shemekia’s guitar player, stopped in his tracks to follow what he was doing, and you know these musicians. They’re so jaded and they see so much, a great prominent guitar player. When he sees someone doing something really special, he just stopped and caught his whole set so – uh – yeah, west coast guy. He wears a kind of Elvin Bishop/Albert King jeans overall thing. He’s just one of those brilliant guitar players. I would say he started in the late ’80s, and he’s still a young man in blues, He’s probably in his 50s.”

“It’s a kind of a mix of both (local and national) because we got Slam Allen, Lonnie Shields, Mikey Junior. So you have a strong 12-piece band backing them and then you have three or four band leaders. So it’s like a review, a showcase. And it’s rehearsed. Basically, a strong regional band from Allentown, and they’re backing national acts. There’s this guy Joe Mack who was from Chicago, wonderful guitar player that relocated to the Bethlehem/Allentown area. Really, he’s brilliant, another great guitar. So there’ll be two sets, like 8 to 9:30, 10:15 to midnight. I think its BC and Mikey Junior will do the first set. Then Slam Allen and Lonnie Shields will do the second set. Each band will do about eight songs. The horns will be a big presence.”

Michael Cloeren is on a one-man crusade with the Pennsylvania Blues Festival to prove that practitioners of the real deal are still out there. And there is an alternative to dumbing the genre down just to attract a mass audience. “Yes, you need your James Cottons, Ronnie Earls and C. J. Cheniers,” he explains. “But I’m not about commercialism. My responsibility is to try and do the job the best I can and I’m trying to bring to Pennsylvania artists that people might have heard of but have never seen before. To me, that’s the cool thing. It’s not about the headliners, although they’re important. It’s the entire package, and that’s the mark of a good event. Somebody hits you early or mid-afternoon just pow, like a Mike Tyson left hook.”

Cloeren knows his artists. And as you read in his comments about some of the acts appearing this weekend, you can understand that he’s not just buying talent. He’s bringing in acts that he’s fallen in love with because their sets around the world have touched him personally.