Jack Bruce is Dead at 71 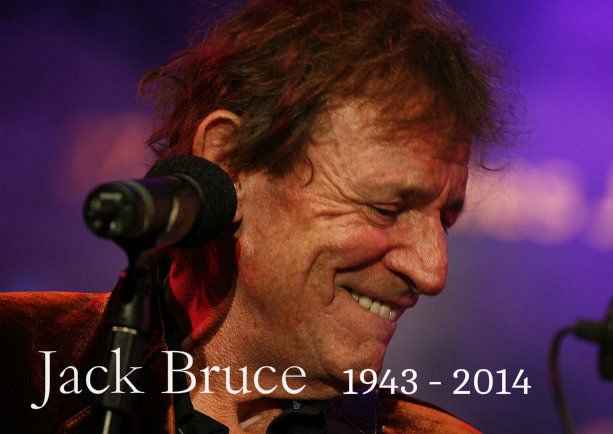 Jack Bruce, the great bass player from the band Cream, has passed away at the age of 71. His publicist confirmed the news.

After Cream disbanded in 1968 he maintained a solo career that spanned several decades, and also played in several musical groups. Known as a vocalist and bass guitarist, Bruce was also a songwriter. he has the writing credit for one of Cream’s biggest hits “Sunshine Of My Love”

Bruce was also trained as a classical cellist, and he considered himself a jazz musician, although much of his catalogue of compositions and recordings tended toward blues and rock and roll. Many consider him to be one of the greatest bass players of all time.

Jack Bruce was born in Scotland in 1943 but his parents travelled extensively all around North America and the young Bruce attended 14 different schools. He finished his formal education at Bellahouston Academy and the Royal Scottish Academy of Music, Winning a scholarship for cello and composition.

He was done with school at 16 and left Scotland for London where he joined Blues Inc. with Charlie Wayys of the Rolling Stones. He also played several bands throughout the early 60s, most notably, John Mayall’s Blues Breakers and Manfred Mann before joining Clapton and Baker in Cream.

Once again Jack Bruce had passed away at 71.