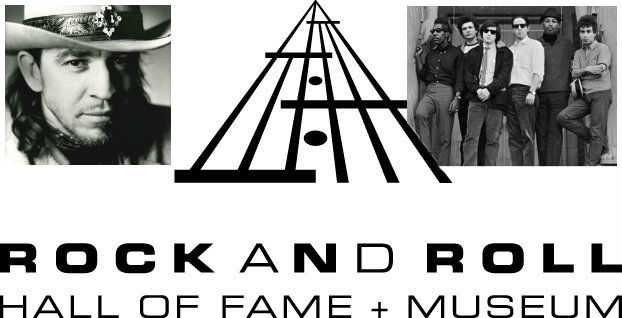 Whether you like, love or hate the Rock and Roll Hall of Fame , you have a chance participate in the selection process for the 2015 inductees and help get more blues in there. Stevie Ray Vaughn is currently in second place behind Nine Inch Nails, which we’re sure they are a fine band but we are talking about Stevie here. There is no possible way they should be ahead of him….BLUES FANS ACTIVATE!  Vote HERE now

Legends run deep when memories of Stevie Ray Vaughan (1954-1990) are invoked. David Bowie said, after seeing the 28-year-old Dallas blues guitar sensation for the first time at Montreux in 1982: “SRV completely floored me. I probably hadn’t been so gung-ho about a guitar player since seeing Jeff Beck in the early 60s.” Famed music man Jerry Wexler arranged for Vaughan’s big-time debut at Montreux (which led to him playing on Bowie’s global Number One hit “Let’s Dance”). Equally famed John Hammond led Vaughan to Epic Records. The studio and live LPs released during the last seven years of his life etched SRV into Stratocaster immortality and influenced the next generation of blues guitarists. From the opening onslaught of “Love Struck Baby,” “Pride And Joy,” and “Texas Flood” on his first LP, it was clear that Vaughan belonged in the highest ranks of guitar greats. His devotion to Jimi Hendrix emerged on his second LP, with a blistering cover of “Voodoo Child (Slight Return).” It turned into a staple of nearly every SRV show, along with Hendrix’s “Little Wing.” Vaughan laid out his dedication to the great masters for all to see, especially Guitar Slim (“The Things (That) I Used To Do”) and Rock And Roll Hall Of Famers Buddy Guy (“Mary Had A Little Lamb”), Freddie King (“Hide Away”) and Albert King (“Blues At Sunrise”). During his short-lived career, Vaughan also recorded show-stopping collaborations with B.B. King, Jeff Beck, Paul Butterfield, Dick Dale, Lonnie Mack, Albert Collins and many others.

If the Paul Butterfield Blues Band  is more your style, here’s your chance to make your voice heard for this well deserving group.

The racially mixed Paul Butterfield Blues Band blasted off from the Windy City with a wall-of-sound fueled by Butterfield’s inspired harmonica and lead guitarist Mike Bloom­field’s explosive lead guitar – at that moment, American rock and roll collided with the real South­side Chicago blues and there was no turning back. Along with original members Elvin Bishop on second guitar and Mark Naftalin on organ, they conquered the landmark 1965 Newport Folk Festival. It was there Bob Dylan borrowed Bloomfield and the Butterfield Band’s African-American rhythm section of Sam Lay on drums and bassist Jerome Arnold (both former Howlin’ Wolf band members) for his world-shaking electric debut that Sunday evening. The Butterfield Band converted the country-blues purists and turned on the Fillmore generation to the pleasures of Muddy Waters, Howlin’ Wolf, Little Walter, Willie Dixon and Elmore James. With the release of their blues-drenched debut album in the fall of 1965, and its adventurous East-West follow-up in the summer of 66, the Paul Butterfield Blues Band kicked open a door that brought a defining new edge to rock and roll.