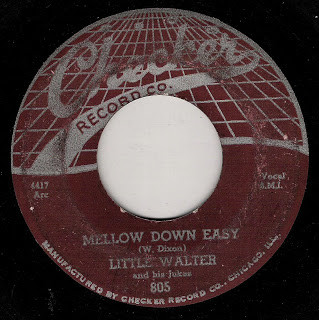 March 9th, 1933: Lloyd Price was born in Kenner, Louisiana. Growing up in a suburb of New Orleans, Price was classically trained on piano and trumpet as well as singing in a Gospel choir. He was also a young songwriter and when Art Rupe of Specialty Records came to New Orleans to scout talent in 1952, he heard Price singing his song, “Lawdy Miss Clawdy” and immediately wanted to record it. With the use of Dave Bartholomew’s band, which included Fats Domino on piano, they recorded the song and released it in April of that year. In a month’s time it entered the charts and stayed for 26 weeks. The song introduced The New Orleans Sound to listeners who couldn’t get enough. After a stint in Korea with the Army, Price returned and began recording again with hits such as “Personality” and “Stagger Lee”. In the 1960s, Price helped form two record labels and opened a club in New York City. He has since toured Europe, performed with artists such as Jerry Lee Lewis, Little Richard, Jerry Butler and Ben E. King, released a total of 26 albums, charted 32 singles, opened Icon Foods and been inducted into Rock and Roll Hall of Fame.

March 9th, 1966: “Father of the Bentonia Blues”, Henry Stuckey, died of cancer in Jackson, Mississippi at the age of 69. Stuckey was born in Bentonia, Mississippi on April 11th, 1897 and served in World War I, where he learned an open E minor guitar tuning technique from Bahamian soldiers in France. When he returned to the US, he developed a picking style to accompany the tuning and in 1924 taught it to a young guitar player by the name of Skip James. Although Stuckey, himself, was never recorded, this “Bentonia School” style of blues was recorded by James, Jack Owens, Cornelius Bright and several others. Standards of the genre include “Hard Times”, “Cherry Ball”, “Devil Blues”, and “Drunken Spree”.

March 10th, 1968: Boisterous and flamboyant bottle-neck guitarist and singer, “Blind Joe” Reynolds died of pneumonia in a Monroe, Louisiana hospital following a stroke. He was born either Joe Sheppard or Joe Leonard in Arkansas in 1900 and served at least two jail sentences early on in life as well as losing his eyes to a shotgun blast in the mid-1920s. Reynolds traveled the country playing the blues under various aliases to avoid the police. In 1929, he was discovered by H.C. Spier who took him to Grafton, Wisconsin where he recorded “Cold Woman Blues”, “Nehi Blues”, “Ninety Nine Blues” and “Outside Woman Blues” for the Paramount label. A year later in Memphis, he recorded
“Goose Hill Woman Blues”, “Married Man Blues”, “Short Dress Blues” and “Third Street Woman Blues” under the name Blind Willie Reynolds for Victor Records. The 78 Paramount recording of “Ninety Nine Blues” B/W “Cold Woman Blues” was thought to be lost until an Ohio school teacher purchased a copy at a Nashville flea market for $1.00. He contacted famed collector John Tefteller for an appraisal and ended up selling the only known copy in existence to Tefteller for an undisclosed price.

March 10th, 2008: Harmonica great, Marion “Little Walter” Jacobs was inducted into the Rock and Roll Hall of Fame by James Cotton and Ben Harper. The only artist inducted specifically as a harmonica player, Jacobs was born in Marksville, Louisiana and by the age of 12 was busking the streets of New Orleans, Memphis, Helena and St. Louis, playing alongside elder musicians such as Sonny Boy Williamson, David “Honeyboy” Edwards and Sunnyland Slim. At age 15 he arrived in Chicago and began revolutionizing harmonica by pushing its limits through a microphone and amplifier. He was playing in Muddy Waters’ band by the age of 18 and at age 22 recorded the song, “Juke” which was the first, and still only, harmonica instrumental ever to go to #1 on the Billboard charts. Jacobs had 14 Top 10 hits in 6 years and was also a prized session musician for the Chess label.

March 11th, 1900: Piedmont Country Blues guitarist, Charley Lincoln was born Charley Hicks in Lithonia, Georgia. The elder brother of Robert “Barbecue Bob” Hicks, he learned guitar from Curley Weaver’s mother, Savannah as did Weaver and Bob. Also known as “Laughing Charley”, he moved to Atlanta in 1920 and worked outside of music, only occasionally performing with his brother until they began recording together for the Columbia label in 1927. His brother’s death in 1931 ended his recording career, however he continued to play in the Atlanta area until 1955 when he was convicted of murder and went to prison in Cairo, Georgia. He died there of a cerebral hemorrhage on September 28th, 1963. His most famous recording was “It Won’t Be Long Now”, recorded with his brother in 1927.

March 12th, 1917: Founder of Chess Records, Leonard Chess, was born Lejzor Czyz in Motal, Poland. At the age of 11, he and his brother, Phil (Fiszel), along with their mother and sister arrived to meet their father in Chicago, Illinois where he was already in the liquor business. The brothers got involved in black nightclub scene by the late 1930s and were running several Jazz clubs including the Macomba Lounge. In 1947, Chess became affiliated with Aristocrat Records, eventually buying them out, changing the name to Chess Records and focusing on a Blues format. During the 50s and 60s, Chess and its subsidiaries, Checker, Argo and Cadet, produced music from some of the greatest artists of the time, including Muddy Waters, Howlin’ Wolf, Rufus Thomas, Willie Dixon, Sonny Boy Williamson, Robert Lockwood, Jr., Bo Diddley, Chuck Berry, Etta James, Koko Taylor, Little Milton and dozens more. A few months after selling the company to General Recorded Tape, Chess died of a heart attack on October 16th, 1969. Chess and his brother, Phil, were inducted as non-performers into the Blues Hall of Fame in 1995.

March 13th, 1933: Producer, record label owner and one half of the famous songwriting team with Jerry Leiber, Mike Stoller was born on Long Island, New York. Stoller met Leiber in Los Angeles, California in 1950 and with Stoller’s music and Lieber’s lyrics, they went on to write over 70 Billboard Chart hits. These include the songs, “Hound Dog”, “Kansas City”, “Jailhouse Rock”, “On Broadway”, “Young Blood”, “Spanish Harlem”, “Stand By Me”, Smokey Joe’s Cafe”, “There Goes My Baby” and “Love Potion No. 9”.

March 14th, 1991: Blues singer and songwriter who was responsible for the writing of many early Rock and Roll hits, Doc Pomus died of lung cancer at the NYU medical center in New York. He was born Jerome Solon “Jerry” Felder in Brooklyn, New York on June 27th, 1925 and, although using crutches due a childhood bout with polio, began singing blues in clubs around New York with artists such as Milt Jackson and King Curtis. He recorded around 40 sides in the 1940s and 1950s and then began writing songs for LaVern Baker, Ruth Brown, Ray Charles and Big Joe Turner. Songs written by Pomus included “Save the Last Dance For Me”, “This Magic Moment”, “Turn Me Loose”, “Little Sister”, “Suspicion”, “Young Boy Blues”, “What Am I To Do” and “Lonely Avenue”. His songs have been recorded by artists such as B. B. King, Dr. John, Bob Dylan and scores of others. Pomus was posthumously inducted into the Songwriters Hall of Fame and Rock and Roll Hall of Fame in 1992 and the Blues Hall of Fame in 2012.

March 15th, 1912: Texas Blues legend, Sam John “Lightnin'” Hopkins was born in Centerville, Texas. A cousin to both Texas Alexander and Frankie Lee Sims, Hopkins didn’t decide on the blues until the age of 8 when he met Blind Lemon Jefferson at a church picnic. He began to accompany Jefferson on guitar and learned at the feet of the master. Hopkins spent some time in prison in the 1930s and upon his release moved to Houston to try his hand at performing music. He was unsuccessful, however, and moved back to Centerville to work the fields. His second attempt at Houston in 1946 proved better as he was discovered by a talent scout from Aladdin Records who took him to Los Angeles to record with pianist, Wilson “Thunder” Smith. He returned to Houston the following year and during his subsequent career recorded more albums than any other bluesman (27 albums in just 10 years and an estimated 800 to 1,000 songs during his career). Some of his biggest hits included “Mojo Hand”, “T-Model Blues” and “Tim Moore’s Farm”. Hopkins died of cancer on January 30th, 1982 in Houston, Texas but prior to his death was among the first class of inductees into the Blues Hall of Fame in 1980.