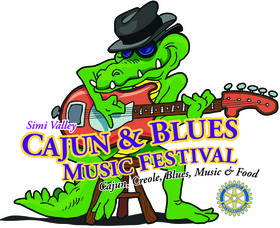 (SIMI VALLEY, CA.) — The 26th annual Simi Valley Cajun & Blues Festival will rock once again at Memorial Day weekend, Saturday and Sunday, May 23 and 24, at Rancho Santa Susanna Community Park, 5005 Los Angeles Ave., in Simi Valley. The event features two full stages for each of its musical genres. Music will proceed non-stop each day from 12 noon until 7:30 p.m. Tickets are $25 for adults (13 and over) and children 12 and younger are free. Discount single day tickets of $20 and two-day passes for $35 are available only online at http://www.simicajun.org. Parking is ample and free. Fast-moving California Hwy. 118 (Ronald Reagan Freeway) can be taken to the Stearns Street exit; the festival is four blocks south.