This Week in Blues Past: A Glam Rocker and Bluesman join forces, A six-fingered guitarist gives birth to a record label, a Blues "royal" is born and much more! 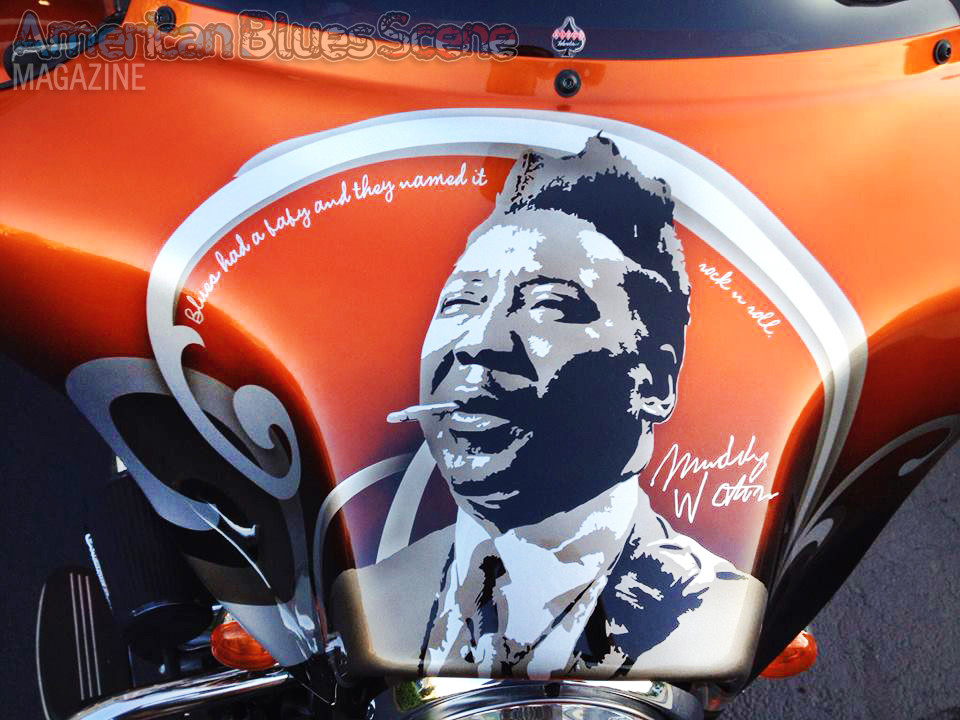 April 6th, 1918: Blues harmonica player, “Big Walter” Horton was born in Horn Lake, Mississippi. Also known as “Shakey” and “Mumbles”, he was playing with several artists in the Delta by the 1930s. In 1939, he was first recorded backing Little Buddy Doyle for the Vocalion and Okeh labels. Due to poor health he dropped out of the music scene for a time, reappearing as one of the first artists to record for Sun Records in Memphis in the early 1950s. During his long career, Horton was primarily a session musician and sideman, backing artists such as Eddie Taylor, Johnny Shines, Muddy Waters, Willie Dixon, Johnny Winter and even Fleetwood Mac. He played from Maxwell Street in Chicago to the big Blues Festivals in Europe and everywhere in between until his death from heart failure on December 8th, 1981. He was posthumously inducted into the Blues Hall of Fame in 1982.

April 6th, 2000: The former church, turned juke joint, owned by Hill Country Blues artists, Junior Kimbrough, burned to the ground. Located in a cotton field just outside Chulahoma, Mississippi, Junior’s Place was opened by Kimbrough in 1991 and until his death in 1998, he hosted his Sunday afternoon blues jams there, many times with long-time partner R. L. Burnside. Junior’s Place became an international blues Mecca, of sorts, attracting not only local party-goers, but artists such as U2, the Rolling Stones and Iggy Pop as well. After Kimbrough’s death, his son Kinney kept the small, intimate club open until the fire took it completely.

April 7th, 1968: Just three days after the assassination of Dr. Martin Luther King, Jr. in Memphis, Tennessee, artists gathered at the Generation Club in New York City for what would be called the “Wake for Martin Luther King, Jr. Concert”. Artists at that show included Janis Joplin with Big Brother and the Holding Company, Buddy Guy, Joni Mitchell, Jimi Hendrix, Al Kooper, B. B. King, Paul Butterfield, Elvin Bishop and Richie Havens. Parts of the show were recorded and a few video clips of the event exist.

April 8th, 2008: A Mississippi Blues Trail Marker was established in Jackson, Mississippi to commemorate Malaco Records; an independent record label that was established there in 1962. Originally founded as a booking agency, Malaco added a recording studio in 1967 where they recorded artists such as Mississippi Fred McDowell, King Floyd and Jean Knight. Over the years, working with other labels such as Stax Records, Capitol Records and Atlantic Records, Malaco was responsible for hits generated by a variety of artists including Rufus Thomas, Eddie Floyd, Z. Z. Hill, Johnnie Taylor, Little Milton and Bobby “Blue” Bland. Hurricane Katrina damaged the main buildings and six years later a tornado devastated them again, but Malaco has rebuilt and continues to be a viable company.

April 9th, 1895: Texas blues singer/guitarist Mance Lipscomb was born Beau De Glen Lipscomb near Navasota, Texas. A tenant farmer for most of his life, Lipscomb did learn guitar early on and performed regularly for years at local events until he was discovered and recorded by musicologist and folklorist Mack McCormick and Arhoolie Records founder, Chris Strachwitz in 1960. He became very popular on the festival circuit, appearing at the first Monterey Folk Festival in 1963 and many times at the Ash Grove in Los Angeles. He released several albums of blues, folk and Tin Pan Alley music until his death in 1976.

April 9th, 1983: The title track from David Bowie’s album, Let’s Dance, went to #1 on the US Singles Charts. Clocking in at over 7 minutes, “Let’s Dance” was released on March 17th, nearly a full month before the album release. This album was a stepping stone for blues guitarist Stevie Ray Vaughan, who recorded on 6 of the album’s 8 tracks, including the hit single. Bowie had met Vaughan after the latter’s performance at the Montreux Jazz Festival the previous summer and contacted him to play on the album whilst Vaughan was recording at the personal studio of Jackson Browne in Los Angeles. Browne had also met Vaughan at Montreux and jammed with Double Trouble at the casino the night following their breakthrough performance. The combination of blues-rock guitar with a dance format shot Let’s Dance through the roof, selling over three times as many copies as Bowie’s previous album.

April 10th, 1953: Blues-Rock guitarist, harmonicist, singer and songwriter Sidney Eugene “Mean Gene” Kelton was born in Booneville, Mississippi. He grew up listening to down home blues and got his first guitar at age 10. Shortly thereafter, his family moved to Texas where he played music, worked as a DJ and published Texas Blues magazine. In 1992 he formed The Die Hards releasing his first blues CD in 1999. Known for his power guitar playing and sexual innuendo filled lyrics, Kelton and The Die Hards became a very popular act at blues festivals and biker rallies throughout Texas and the Southwest. In 2007, they released Going Back To Memphis: A Biker Band Tribute To Elvis which they recorded at the famous Sun Studios in Memphis, Tennessee. Kelton was killed on December 28th, 2010 when his SUV collided with a school bus head-on in Crosby, Texas while on their way to play a New Year’s Eve show at Rowdy Buck’s in that town.

April 10th, 1979: Daughter of Texas blues guitarist Johnny Copeland, Shemekia Copeland was born in Harlem, New York. She began her career at age 16 when, in failing health, her father took her on tour as his opening act. In 1998, her first album, Turn the Heat Up! was released by Alligator Records. Since then she has released 5 additional albums for Alligator and Telarc. Her producers have included Steve Cropper and Dr. John and she has performed with countless acts on tour, and recorded a duet with her hero, Ruth Brown which earned her three Blues Music Awards. On June 12th, 2011 at the Chicago Blues Festival, Cookie Taylor, daughter of the late, great Koko Taylor, presented Copeland with her mother’s crown and officially dubbed her the new “Queen of the Blues”.

April 11th, 1961: A few months after moving to New York from Minnesota in order to visit his idol, Woody Guthrie in the hospital, Bob Dylan got his first big break in the music business by opening for John Lee Hooker at Gerde’s Folk City. He had performed there a number of times on their Monday “Hootenanny Night” events and was well received by the owner and audience members alike. Being only 19 years old at the time, Dylan was too young to obtain the necessary union card and cabaret license so club owner Mike Porco stepped in, signing the forms as Dylan’s guardian. Dylan would later refer to Porco as “the Sicilian father I never knew I had”.

April 12th, 1915: Theodore Roosevelt “Hound Dog” Taylor was born in Natchez, Mississippi. Originally a pianist, Taylor, famed among musicians for having 6 fingers on his left hand, began playing guitar at age 20 and moved to Chicago in 1942. He began playing music full time in 1957, mostly at the Maxwell Street Market and in small Windy City clubs. Ten years later he was touring Europe with Little Walter and Koko Taylor on the American Folk Blues Festival circuit. While playing with his band, The Houserockers, at Florence’s Lounge in 1970, a young shipping clerk for Delmark Records named Bruce Iglauer heard them and begged his label to sign them. When Delmark refused, Iglauer used a $2,500 inheritance and opened his own label, Alligator Records, recording Taylor’s debut album a year later. Iglauer also began managing the band and put them on tour with Muddy Waters, Big Mama Thornton, Freddie King and several others. Influenced himself by Elmore James, Taylor was a major influence on upcoming guitarist, George Thorogood, who saw his performances in Boston. Taylor died of lung cancer on December 17th, 1975 and was posthumously inducted into the Blues Hall of Fame in 1984.