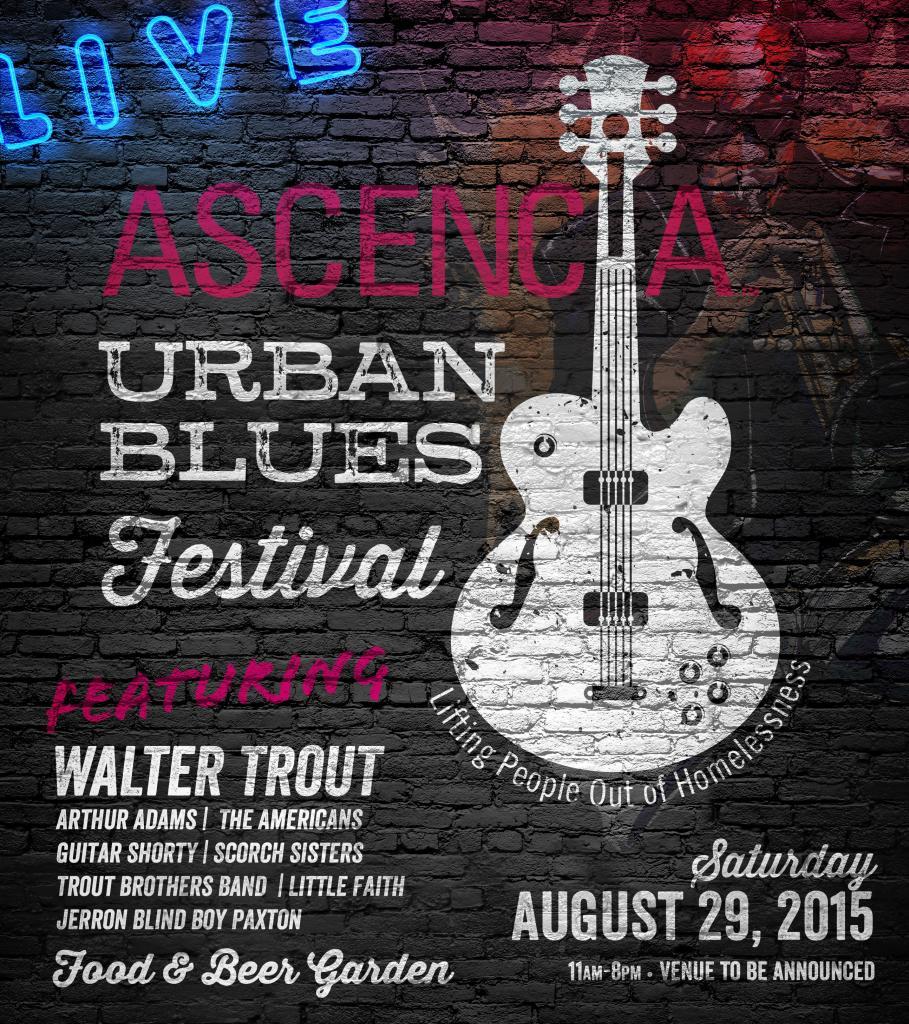 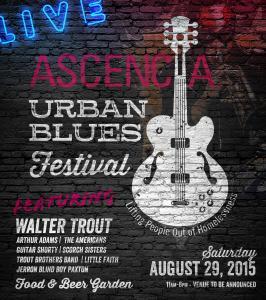 (LOS ANGELES, CA) – Ascencia, a Glendale based organization dedicated to raising people out of homelessness, announced that it will hold its first-ever Urban Blues Festival on Aug. 29 from 11 a.m. – 8 p.m. at Raleigh Studios, 5300 Melrose Ave., Hollywood, CA 90038.

Walter Trout, on tour for his “I’m Back” Tour, will headline the show and perform with his band. Last year, the renowned blues guitarist was near death until he received a liver transplant. His journey back to health has enabled Trout to resume his 50 plus year career. On June 15, Trout performed at the Royal Albert Hall in London, garnering three standing ovations. Ascencia is thrilled to have him leading the strong line-up of talent at the festival. Other featured performers include The Americans, Arthur Adams, Jerron “Blind Boy” Paxton, Guitar Shorty, Little Faith, The Scorch Sisters, and the Trout Brothers Band.

Both The Americans and Jerron “Blind Boy” Paxton will appear this fall in American Epic, a four-hour primetime PBS/BBC special produced by Jack White, Robert Redford, and T Bone Burnett, about the birth of modern American music, including the blues.

“We wanted to have a fundraiser that would be fresh, help build community and also could grow each year,” said Natalie Komuro, executive director, Ascencia. “The blues resonate deeply with our mission, by expressing the emotions connected to hardship and survival.”

For more information and updates on tickets, lineup and location, visit www.UrbanBluesFest.com and join the discussions at Facebook.com/UrbanBluesFest and Twitter.com @UrbanBluesFest. Tickets are $35 online, $40 at the gate, $100 for VIP passes.