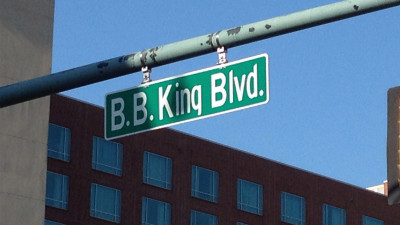 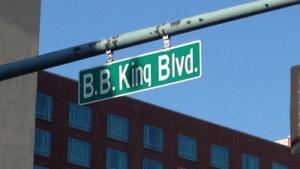 (MEMPHIS, TN) — On what would have been the king of the blues’ 90th birthday, the city of Memphis unveiled a two-mile stretch of street downtown named for B.B. King, who passed away earlier this year at 89.

The boulevard intersects the famous Beale Street, and the ceremony was held at 3rd and Beale this morning.

B.B. King has a long and incredible history with Memphis, getting his first real start in the city, first naming himself Beale Street Blues Boy, before eventually shortening the monkier to the world famous “B.B.” King’s restaurant, B.B. King’s Blues Club, is located on the corner of 3rd and Beale.

The change has already been made in Google Maps: