Language of the Blues: RAMBLING 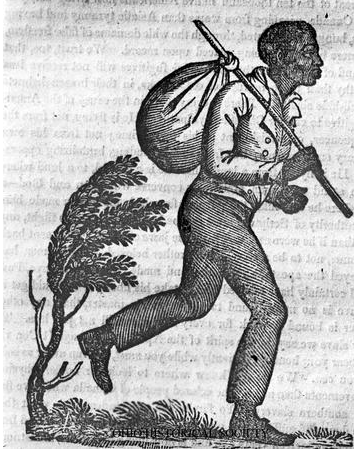 To ramble is to move from place to place, never settling down. In the blues, rambling is also used to describe sexual voraciousness. This usage may stem from the fact that late-night live-sex shows at private after-hours clubs known as buffet flats were called “midnight rambles.”

The phrase “midnight rambles” was borrowed by the after-hours clubs from the nickname for the midnight screenings of movies for “blacks only” at segregated movie theaters in the United States. Between 1910 and World War II, Hollywood produced almost 500 “race movies” for these audiences.

Most popular were the forty-plus films written and directed by African American novelist and South Dakota homesteader Oscar Micheaux. His movies starred all-black casts and were mostly produced by black filmmakers. Some directly addressed racial issues, while others were simply mysteries, musicals, or Westerns, yet counteracted the predominant image of African Americans in the movies as fit for little else beyond scrubbing floors, polishing shoes or tap dancing.

Although rambling is associated with fecklessness and avoidance of work and family responsibility, for many African Americans–including blues musicians–traveling to look for work became a way of life after the Civil War. Determined to get back on their feet after the Civil War, southern white farmers began clearing the Delta, and a levee was built to hold back the river and protect the new fields of rich river soil from spring floods. “Thousands of black freedmen migrated to the Delta to clear and farm its fields…recruited by labor agents who promised higher wages and civil rights which had been lost in other parts of the state,” William Ferris reported in Blues from the Delta.

A sharecropper in the hill country beyond the Delta region could earn about a quarter a day, whereas in the Delta he could make a dollar or more a day. Sharecropping took hold in the Delta during that time, but it soon became clear to the croppers that some planters were shortchanging their weight when totaling up the season’s cotton harvest, or were paying them less than the cotton’s actual market value. Sharecroppers who were heavily in debt to the planters, or were sick of being treated cruelly or unfairly, simply left, taking highways 51 and 61 north to St. Louis and Chicago to look for work.
Meanwhile, thousands of hoe-boys or hobos rode the newly laid railroad tracks with their hoes slung over their shoulders as they followed the harvest seasons–bailing hay in Colorado, picking apples in Washington and potatoes in Idaho, and heading South for cotton harvests in the fall. The amount of track in the United States grew from 30,000 miles to 230,000 miles between 1860 and 1890. Riding the rails to search for work became a way of life for many people during the economic depression of the 1870s and 1880s.

Blues musicians made a living rambling, too, traveling an early circuit of juke joints and barrelhouses. In the 1920s, Bessie Smith, one of the highest paid entertainers in the country, criss-crossed the United States with her troupe in her custom-built rail car, dazzling critics at packed engagements and raising hell after hours at the aforementioned buffet flats.

Understandably, rambling became the subject of many blues songs–and it wasn’t confined to men. In “J.C. Holmes Blues,” Bessie Smith tells the story of a rail-riding mama: