Language of the Blues: BARRELHOUSE 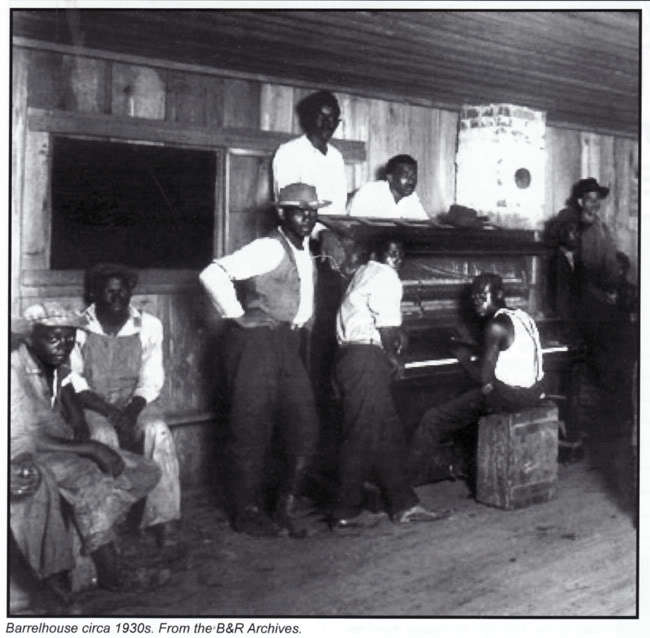 A bar where whiskey is served straight from the barrel is called a barrelhouse. Add a piano and you’ve got yourself a party.

The barrelhouses of the rural South were rough wooden shacks where African American laborers gathered to drink and dance at the edge of small towns and levee camps. The up-tempo piano blues that developed in these establishments came to be called barrelhouse, as well, as in “I want to hear some barrelhouse tonight.”

Barrelhouse piano playing was basically the blues sped up for dancing. It substituted a different percussive instrument–the piano–for the drums that had been outlawed during slavery. Like the African drummer who drives the dancers moving in front of him and is in turn inspired by them to play harder and faster, the barrelhouse piano got the
bar swinging.

As Texas barrelhouse piano player Robert Shaw explained: “When you listen to what I’m playing, you got to see in your mind all them gals out there swinging their butts and getting the mens excited. Otherwise you ain’t got this music rightly understood. I could sit there and throw my hands down and make them gals do anything. I told them when to shake it and when to hold it back. That’s what this music is for.”

Barrelhouse could be played on guitar, too, as Memphis Minnie proves in “Drunken Barrel House Blues.”