On the road with Bridging the Blues: International Conference on the Blues 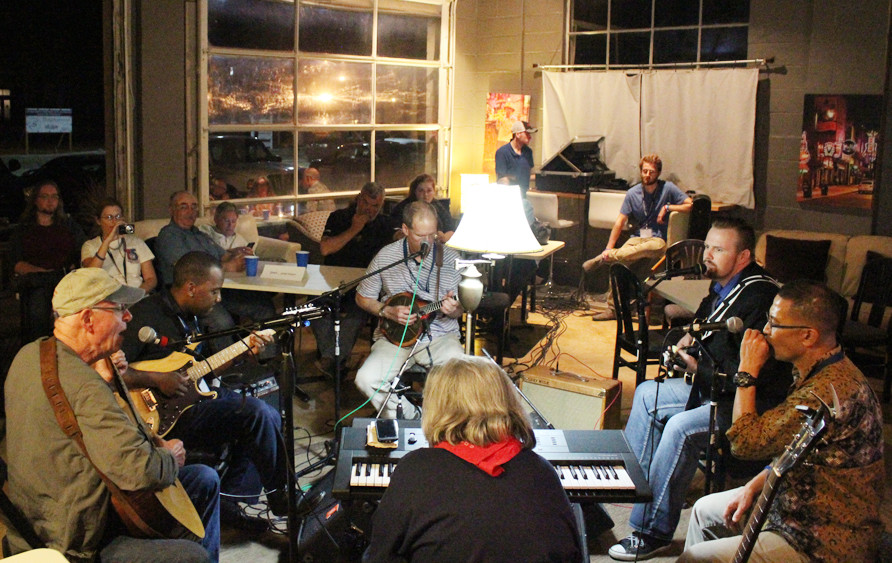 While there were a number of Bridging the Blues events today, we chose to enjoy the International Conference on the Blues at Cleveland, Mississippi’s Delta State University.

Specifically, the event took place at the Delta State University, in a department dedicated to creating degrees in the business of music, as well as the incoming blues studies major, a sister-study to other universities’ long-existing jazz studies majors.

At the International Conference on the Blues, roots and blues musicians, published authors, scholars, and area organizers had speeches, discussions and classes on focused blues music topics. After a lively speech from the University President on the new studies, Dr. William Ferris discussed some of his famed pictures, along with discussions on finding Othar Turner, hanging out with B.B. King and more.

In the afternoon, we sat in on one of several classes with former Living Blues editor Scott Baretta, who discussed an upcoming documentary on Mississippi Fred McDowell with a few minutes of the film.

There were many classes, and Bridging the Blues travelers, music fans and students packed into the classrooms to learn more about wide-ranging topics like Othar Turner, southern soul, “blues” vernacular and much more.

One of the highlights of the night happened off-campus, where a blues jam lead by Delta Music Institute’s Tricia Walker and Evol Love Band’s David Dunavent took place in a service-station-turned-coffee-shop, the Hallowed Grounds, where garage doors were flung open, coffee was freely given, and Yalobusha Brewery new Mississippi Blues Trail Beer, supporting the trail. Former Carolina Chocolate Drop and Music Maker Foundation artist Dom Flemmons sat in on the jam with percussive bones and beautifully unique guitar playing.

The events continue Tuesday, October 6th, with a Blues Trail Marker, with the day’s highlight being Bobby Rush and Super Chikan together, discussing their music and playing a solo acoustic set.