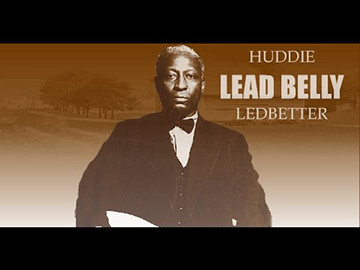 Carnegie Hall, world renown bastion of musical excellence, will come alive once again with artists as diverse as Buddy Guy, Eric Burdon, and Tom Paley as they pay tribute to Lead Belly.  It was here that the great performer played his last concert in 1949.

Other artists paying tribute will include Walter Trout, Dana Fuchs, Josh White, Jr., Tom Chapin and many more. This inspiring event benefits the Association to Benefit Children and Project ALS.

Huddie William Ledbetter, aka Lead Belly, was born on January 20, 1888 on the Jeter Plantation near Mooringsport, Louisiana. He looms large in the world of twentieth century popular music, casting a huge shadow over the folk and rock genres especially. Besides playing his beloved 12 string guitar, he could play piano, the piano, violin, harmonica, mandolin, and more.

In addition to folk music, he also played blues and gospel as well. He was known for his spirited performances which included songs such as “The House of the Rising Sun,” also recorded by Joan Baez, Andy Griffith, Bob Dylan, and Nina Simone. Other Lead Belly favorites included “Midnight Special,” “Nobody Knows the Trouble I’ve Seen,” “Let It Shine on Me,” and “Where Did You Sleep Last Night.”

Nirvana introduced “Where Did You Sleep Last Night” to a whole new generation when they performed the song during their visit to MTV on the show MTV Unplugged in New York. In fact, Lead Belly’s work has been covered by numerous artists of the modern era including Creedence Clearwater Revival (“Midnight Special”), Tom Waits (“Goodnight, Irene”), The White Stripes (“Boll Weevil”), and Keith Richards (“I Got Stripes”). His performances continue to influence musicians to this day, guarantying his music will live on for a long time to come.