Chicago Blues: A Living History is Set to Begin Its Latest Venture; Will You Help Produce It? 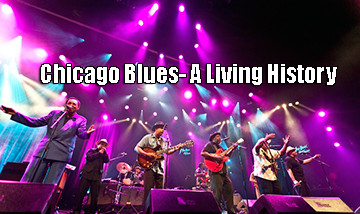 “Chicago Blues: A Living History is an internationally award winning, Grammy nominated supergroup”, said Larry Skoller, creator of the group as well as founder and president of Raisin’ Music Records & Production. “This group is made up of two generations of the greatest living Chicago Blues artists. We brought together these extraordinary band leaders to honor the past, celebrate the present and to help guarantee the future of the Chicago Blues tradition.”

These musicians are dedicated, determined, and ready to make their contribution to this publicly funded major album event. To help make history and fund this major undertaking, click on the link below for more information.