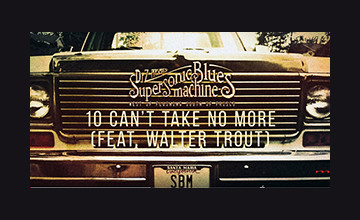 And in association with the preorder release, American Blues Scene is exclusively premiering the latest track from Supersonic Blues Machine’s new album! Check it out below!

SBM stems from Fabrizio Grossi’s desire to return to his roots. “The blues is what makes me tick. It is the main ingredient of any successful musical recipe,” he explains. “It is like pasta in Italian food. You can add all the ingredients you like and any sauce, but the pasta is the core of the dish. I’m the chef and blues is my pasta.”   Aronoff calls it “a blast from the past aimed at the future.” Says Grossi, “You will feel B.B. King’s presence on stage even though we might be wearing space suits.”