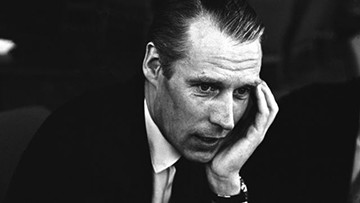 Sir George Martin was truly one of the pioneers of modern music. Much as Lewis and Clark charted the unexplored wilderness of the Western United States in the early nineteenth century, Sir Martin, along with The Beatles, would take popular music to new boundaries. Not only did he offer new perspectives on how music could be written and arranged, but he brought vision to how music could be presented as well. Innovations such as backwards tape playback, multi-tracking, full orchestration alongside roaring rock passages made his work superior, and consequently, far reaching.  Like Frank Sinatra, and Gil Evans, Sir Martin was a musician’s musician in that he could hear things that others did not, and he dared to act on his perspective.

Knighted in 1996, Sir Martin produced over 700 records, 23 of which reached number 1 in the United States. In 1999 he was inducted into the Rock and Roll Hall of Fame, and over the course of his storied career he earned six Grammy Awards as well. Also keen to inform the public on various aspects of music, perhaps one of Sir Martin’s greatest endeavors is a three part series he did for television. The BBC documentary, titled The Rhythm of Life aired on the Ovation channel in the United States and featured musicians such as Billy Joel, Celine Dion, and Brian Wilson discussing various aspects of composing and playing music.

Sir Martin’s influence upon popular music will be felt for many years yet to come. He was fearless in his quest for a better experience for listeners, as well as asking artists “Why not this, instead of that?”, or “Why not this, alongside of that?” He had the ability to help musicians see beyond the status quo, allowing them to venture into the “Brave New World” of their own imagination. He helped them to free themselves to dream bigger, see farther, and dare deeper.

Sir Martin is survived by his wife of nearly fifty years, Judy Lockhart Smith, and his four children, Giles, Alexis, Gregory and Lucy.