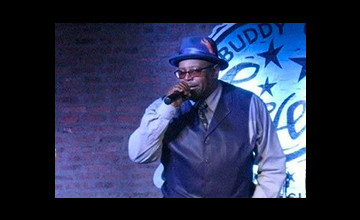 Milwaukee, WI – Tweed Funk has announced that front man Joseph “Smokey” Holman has been diagnosed with Multiple Myeloma and has begun treatment with chemotherapy. Multiple Myeloma is a cancer formed by malignant plasma cells. Normal plasma cells are found in the bone marrow and are an important part of the immune system.

Smokey will need to undergo a stem cell transplant later this summer and the band has canceled all of their engagements between July 15, 2016 and October 15, 2016. We are hoping that with successful treatment that Smokey will be able to resume performing later this fall and can have a number of happy and productive years ahead.

Smokey and the band are looking forward to their upcoming shows and promoting their new album “Come Together” to be released on April 29, 2016. Smokey wrote the lyrics to the chorus of the tune ‘Sweet Music’ and at this moment they are so relevant.

“Oh sweet music, you saved my life, through trials and tribulations, stress and strife, I said sweet music you filled this hole in my soul.”