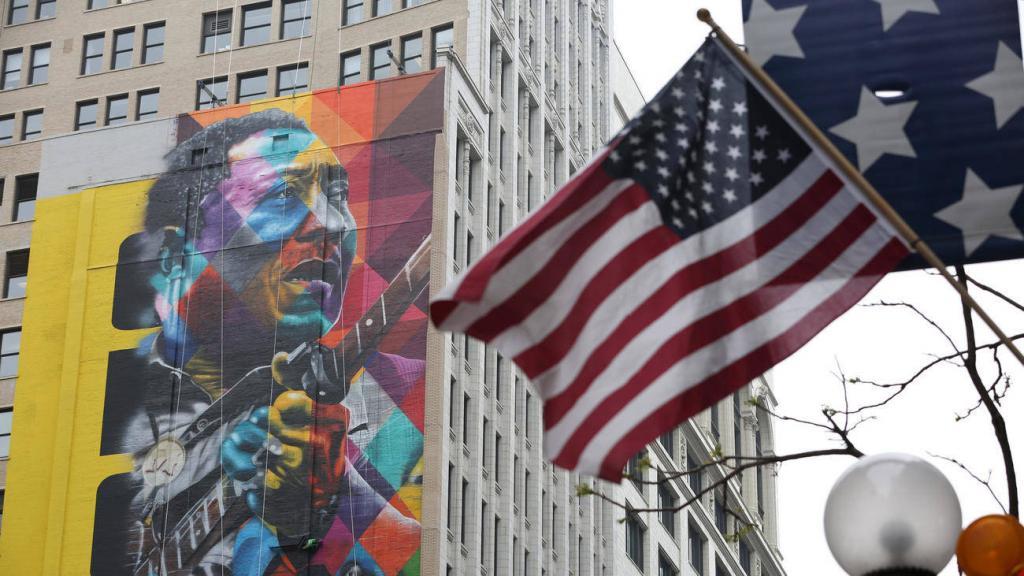 Just a few days ago, work began on a 100 ft. tall mural depicting the “Father of the Modern Chicago Blues,” Mr. McKinley Morganfield, better known to millions as Muddy Waters.

The project is a joint campaign of world-renowned Brazilian street artist Eduardo Kobra, the Wabash Arts Corridor “Big Walls” Project, building owner Anne Voshel and Columbia College Chicago to beautify blank walls in the Windy City.  When complete, it will cover the iconic GO DO GOOD mural by Kay Rosen that was unveiled at 17 N. State Street on May 24th, 2011.

Waters was selected due to his contributions to the Chicago Blues scene beginning when he arrived from Mississippi in the early 1940s and continuing until his death in Westmont 40 years later.  Waters’ profound influence on several genres of popular music as well as his creation of a direct link between Delta Blues and Rock ‘N’ Roll has made him one of Chicago’s favorite adopted sons.

Columbia College’s Mark Kelly recognizes Waters as a “cultural hero” and hopes that the mural will become as recognizable as other Chicago art, including the Picasso sculpture in Daley Plaza or Millennium Park’s Cloud Gate, more commonly known as “The Bean.”

Kobra is known for his mural portraits that utilize shape repetition to create their images as he is doing here using a pattern of triangles to create the rainbow colored likeness of Waters.  Other famous images of his creation include Bob Marley, Abraham Lincoln and the World War II sailor kissing the nurse in Times Square on V-J Day.

The work on this monumental project is scheduled to be completed this week and is being financed by the building’s owner who is paying for the paint and rigging and by Columbia College who is financing Kobra’s stay.