Jimmy Burns Does it Right on "It Ain't Right" 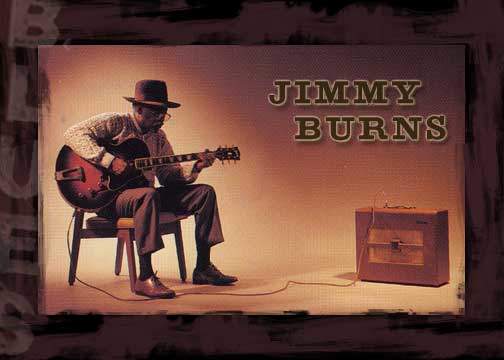 There are a gazillion artists that can record an album of cover songs.  Many of them may even make those covers sound good.  However, there is but a handful that can make each and every song their own. That’s exactly what Chicago Soul and Blues man Jimmy Burns has done with his latest release, It Ain’t Right.

Born in Dublin, Mississippi and raised to the age of 12 on a cotton plantation, it would be easy to cast Burns as yet another Delta bluesman. That assumption couldn’t be further from the truth. Although he moved to the Windy City as many others had done, Burns’ first leap into the music world was singing with doo-wop groups and then giving breath to Northern Soul as a solo act. He recorded a scattering of singles on several labels in the mid-1960s and then all but left the music scene to focus on family and his own barbecue business.

It was in 1996 that the head of Delmark Records, Bob Koester, heard him play at the Smokedaddy Club and immediately signed him to the label.  Since then, Burns has released four albums for Delmark including this newest project. His most recent previous album was 12 years ago.  That may not seem like a lot of recording, but it fits perfectly into Burns’ philosophy of only releasing an album when its right.

The album starts out strong with a razor sharp rendition of “Big Money Problem”, one of two songs penned by Billy Flynn. This  shuffle showcases Burns’ guitar skills as well as Ariyoshi’s pounding piano. It’s followed up with another Flynn tune, “Will I Ever Find Somebody,” an emotional R&B ballad where the soul in Burns’ voice is showcased and complimented by the first appearance of the horn section.

From that point, all bets are off as both well-known and obscure songs are given the Burns touch and come out pure gold. Standout tracks include the upbeat and Latin-flavored rendition of the Ben E. King classic, “Stand By Me,” and the funked up versions of Percy Mayfield’s “My Heart is Hanging Heavy,” and Junior Wells’, “Messin’ With the Kid”.

For the blues purists, there is “Hard Heated Woman”, a dyed in the wool blues tune, originally done by Burns’ elder brother, the late Eddie “Guitar” Burns. The uptempo rendering of the Gospel paradigm, “Wade in the Water” could be the perfect finale to this offering that covers everyone from Little Walter to The 5 Royales to Jimmy Reed.

In his early 70s, Burns’ voice is both powerful and valid, and his guitar work is flawless. It Ain’t Right is masterfully produced and recorded.  This cornucopia of Blues, Soul, R&B and Gospel provides 15 tracks of American music containing something for everyone. You owe it to yourself to buy this one.