Language of the Blues: SHUCK 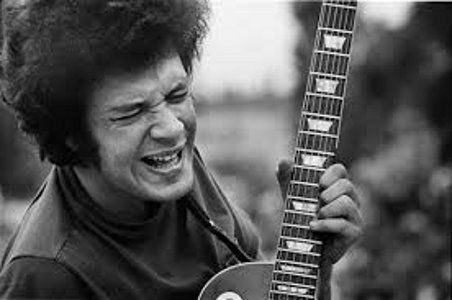 In the blues, to shuck means to exaggerate, lie or clown around. It may be derived from the Bantu word shikuka, which means to lie, bluff or fake. In From Juba to Jive, author and professor of African-American literature Clarence Major described shuck as “a variant of shit.”

Shuck also means to remove the outer covering from something–the shell from an oyster or the husk from an ear of corn, for example. But in the blues, to shuck is to tell a tall tale.

Former Blues Reveue editor-in-chief Andrew M. Robble was a close friend of the gifted Chicago blues guitarist Mike Bloomfield. Robble told me that Bloomfield loved to share a story about the time he was hanging out in a bar on Chicago’s South Side when a pissed-off man came in toting a paper bag.

According to Bloomfield, the man slammed the bag down on the bar and snarled at the bartender, “Buy this bitch a drink.” Whereupon the patrons realized there was a woman’s head in the bag.

“That guy wasn’t shucking,” Bloomfield would say with a grin.

The real question, of course, is who was shucking? Bloomfield? Or the man at the bar?