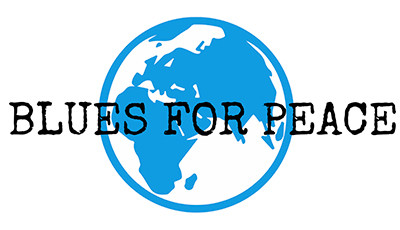 Every year the International Day of Peace is commemorated by the ringing of the Peace Bell at the United Nations’ headquarters in New York. The purpose of the day, celebrated every September 21st, is to bring attention to the human cost of war and to ask the world’s peoples to observe a day of global ceasefire and non-violence.

This year, thanks to the efforts of veteran New York bluesman Michael Packer, the blues music community will be ringing in the day with a concert at the seven-acre Lafayette Park located directly north of the White House in Washington, D.C. The Michael Packer Blues Band will be joined by Joe Louis Walker, Brandon Santini, Mick Kolassa, and Castro “Mr. Sipp, The Mississippi Blues Child” Coleman for a three-hour concert commencing at 1:00 p.m.

Michael says that the response to the announcement of the Blues for Peace concert has been overwhelming. “Twenty million people have asked me if they can play, but the permit I bought from the National Parks Service limits the number on stage,” he explained. “I would love to have people show up with guitars, and we’ll pick a song, maybe a blues version of ‘Blowin’ in the Wind,’ and have everyone playing it.”

Michael formed Blues for Peace last December without realizing that another “Blues for Peace” had already been created in Israel by Eli Marcus and Johnny Mayer for the purpose of honoring the roots of blues music and promoting peace. Eli soon contacted Michael to say that his organization owned the trademark but Michael was free to use it, and a great partnership was born.

The first series of blues performances was set for Memorial Day weekend of 2016 with all funds raised to benefit the charity USA for UNHCR (United Nations High Commissioner for Refugees) – the UN Refugee Agency. USA for UNHCR’s mission is to help save, protect, and rebuild the lives of the millions of refugees forced to flee their homes due to violence and conflict.

From Warrnambool, Australia, to Tel Aviv; from Cancun to Tehran; from Athens to New York City, blues music events in late May raised thousands of dollars for the UN Refugee Agency. “I wanted to have events happen all over the world,” says Michael, “and they did. There were 25 to 30 events in 10 different countries. This is about the blues music community getting together.”

The blues artist who put together the program in Tehran is Dara Ganjavi, a guitar player and singer who frequently performs in coffeehouses there and in Istanbul and Ankara, Turkey. Dara had a Blues for Peace banner displayed at his performance but had to have someone ready to remove it in case the police appeared. Michael has nothing but high praise for Dara, “I thought that was pretty cool and courageous. People like him taking a chance like that made it worthwhile for me.”

When asked about the potential danger for his participation in a Blues for Peace effort, Dara replied, “This is for peace, and I never have no fear about the things I do.”

Now Michael’s attention is focused on the White House concert in September. When choosing the artists to perform, Joe Louis Walker was a natural as he has been a strong advocate for Blues for Peace.

Michael then reached out to Mick Kolassa. “He’s a good guy and very talented, and I know he’s on the board of the Blues Foundation. I thought this is a nice opportunity to get it out there. It’s a blues community for peace, so everybody should be involved.”

“Michael asked if I would like to take part and of course I said yes,” Mick recalls. “I thought that having a partner with me would make for a better show, and Castro [Mr. Sipp] was one of my first thoughts. We are quite close – he calls me ‘Uncle Mick’ – and we have played together a few times, so it just seemed right. We’ve added Brandon Santini to the mix. He’s another close friend, and I knew that Castro has wanted to perform with him, and he with Castro. This combination of artists will enable us to cover a lot of great ground!”

Michael has established a GoFundMe account for anyone interested in contributing to the costs of the event. While the White House is providing electricity and perhaps even a stage for the concert, there are plenty of other costs involved with hosting such a monumental occasion.

The prevailing negative mood of the country, not the least of which is the animosity being generated in the presidential campaign, has convinced Michael that Blues for Peace is the right cause at the right time. “The way the nation is now, it’s full of hate. I’m doing this because the world – and especially our country right now – needs this message. I want the regular folks to come out. There are so many nice people in the world.”