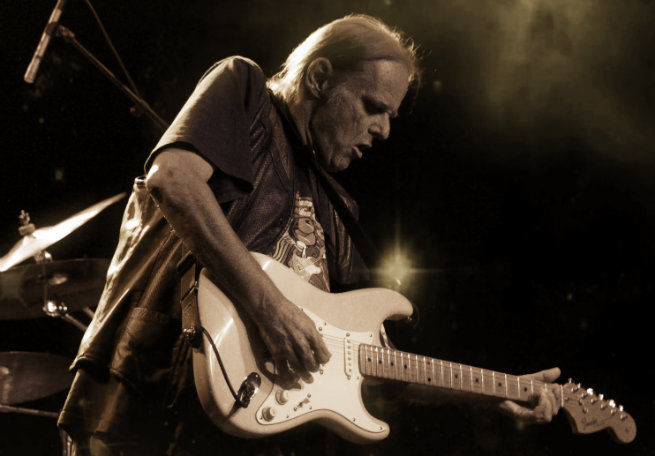 New York, NY – Walter Trout hits the highways of the U.S. and Canada this August for appearances to support his recently released live album, ALIVE In Amsterdam.  The tour begins on August 13th at the Cincinnati Blues Festival, and will wrap on the 30th in Denver, CO at the Oriental Theater.  Following a return to Europe, Trout will be back in the U.S for appearances in December. In celebration, Trout’s label, Provogue / Mascot Label Group, has shared a gratis download of “Say Goodbye To The Blues” with fans globally.  Fans can also screen the album trailer, ALIVE In Amsterdam

ALIVE in Amsterdam celebrates Trout’s rebirth following a successful transplant in May, 2014.  His prior release,

2015’s Battle Scars channeled his near-death experience into raw, autobiographical songs.  The live album captures Trout’s performance November 28th, 2015 at Amsterdam’s opulent Royal Theatre Carré.  Trout shares, “We were rocking.  If people are expecting a laid-back show, that’s not what they’ll get. This is potent stuff.  That whole tour was kinda triumphant for me.  Just to be back, after what I went through. But also to be playing with a renewed energy and commitment.”

With songs pulled from every era of his five-decade career, the ALIVE In Amsterdam set presents the Luther Allison cover “I’m Back,” as well as the plaintive B.B. King tribute, “Say Goodbye To The Blues,” which builds from neck-tingling guitar swells to a stunning virtuoso climax. Battle Scars  is well-represented by the harmony-bolstered rocker, “Almost Gone,” and the raucous, “Tomorrow Seems So Far Away.” Trout is joined by his son, Jon, for “Rock Me Baby,” and even finds time for a fistful of fan favorites, including, “The Love That We Once Knew,” and “Marie’s Mood.” Trout recalls, “You can hear that a guy yells out for ‘Marie’s Mood.’  I actually hadn’t planned on doing that one.”