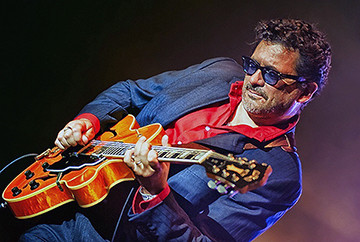 On September 16th, 1979 The Sugar Hill Gang released “Rapper’s Delight,” generally acknowledged as the song that introduced the United States and the world at large to hi-hop. This was also the first Top 40 record to issued as a rare 12-inch extended version single.

On January 12th, 1981, Blondie released the single, “Rapture.” It was the second single to be released from the album, Autoamerican, and would eventually become a number one hit. What made this song different from any other number one hit was the fact that it is credited as being the first number one song to feature rap.

These performances were unique, and as such, deserving of recognition for this alone. However, in these two instances, the performances were also of a quality that was a cut above. This is not opinion, but has in fact been borne out over the course of the intervening years.

Mike Sponza not only released a song of unique historical significance, but an entire album. Ergo Sum, on the EPOPS Music label, contains 8 incredible tracks running about 37 minutes. What makes this album so special? Here is an Italian blues musician who has taken the ancient works of Catullus, Horatius, Martialis, and Juvenalis, and along with Dana Gillespie and Ian Siegal, set them to some engaging and inspiring music, crafting extremely satisfying and moving blues.

Sponza is no stranger to using unusual methods to create his vision. In 2008, he created Kakanic Blues 2.0 which benefited from the participation of 25 musicians from Italy, Austria, Slovenia, Croatia, Serbia, Hungary, Ireland, Great Britain and the United States.

As an album, Ergo Sum, which means “Therefore I am,” dazzles with sensational washes of blues and rock. Sponza and company create impressive portraits of the human condition, punctuated with marvelous rhythms, leads, back-beats, and perfect accents.

We especially enjoyed “Modus In Rebus,” with its gritty passionate vocal and an aural landscape we fell into. “The Thin Line” proceeds at a sumptuously slow pace, and the horn fills are to die for. Dana Gillespie’s vocal here reminded us Mick Hucknall, which is a good thing: actually, it’s a very good thing. “See How the Man” featuring Ian Siegal, recalls the great work of Frank Zappa, from the vocal delivery, to the lyrics, down to the scintillating horn fills and flowing rhythm guitar lines. Simply brilliant. We also liked “Poor Boy,” a Lonnie Mack Texas honky-tonk flavored romp.

To be able to mix Latin poetry and blues, and come up with Ergo Sum‘s performances is visionary, and the music is remarkable. This album is a sure bet for a good time. Don’t wait, don’t hesitate! Indulge your senses today.