Language of the Blues: SHUFFLE 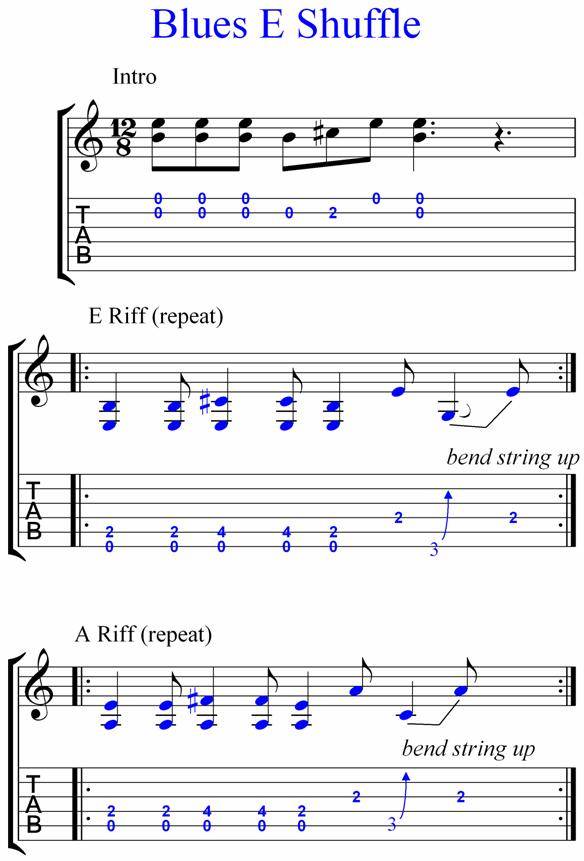 The blues shuffle is a beat based on swinging eighth-note triplets. It should sound like four sets of train wheels bumping along the rails. To play a shuffle, give the triplets a swing feel: ONE two-three, TWO two-three, THREE two-three, FOUR two-three.

The shuffle stems from early slave dances. Because African slaves were barred in the American colonies from drumming and dancing after the South Carolina slave rebellion of 1739, they began shuffling or dragging the feet in rhythmic “non-dances,” such as the ring shout, the calenda, the chica, and the juba. These dances were the forerunners of juke joint dances like the slow drag, in which dancers beat out a rhythm by shuffling their feet along the floorboards.

Other types of shuffles include the swing shuffle of “Kansas City” and the driving shuffle of B.B. King’s version of “Everyday I Have The Blues.”

The greatest Chicago shuffle player is Sam Lay, whom Bob Dylan praised as “flawless musicianship and unsurpassed timing, maestro with the sticks and brushes.” Listen to “Got My Mojo Working” to hear Lay driving the Muddy Waters Blues Band with his fast and furious double-shuffle. Lay began his career in 1957 with The Original Thunderbirds, and soon became the beat behind harmonica genius Little Walter. Lay played with Howlin’ Wolf for six years and said, “I owe Wolf so much. That man taught me how to keep from starving to death.”

Building on Wolf’s lessons, Lay toured and recorded with the Paul Butterfield Band until Butterfield accidentally shot himself, and backed up Dylan when he introduced electric-folk-rock to the shocked crowd at the 1965 Newport Folk Festival and on Highway 61 Revisited. Lay was inducted into the Rock and Roll Hall of Fame in 2015.