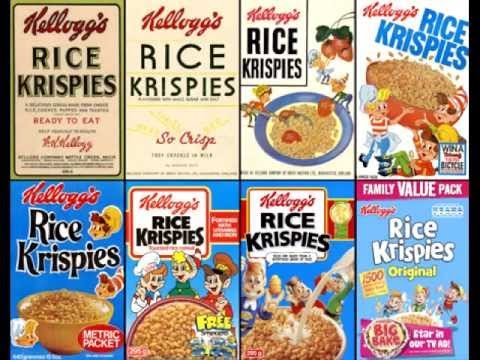 It was before the Rolling Stones meteoric rise to success, before Mick and the boys became household names, and even before their eponymous debut album. The first hit from the “Greatest Rock and Roll Band in the World,” appears to have been a jingle for Kellogg’s Rice Krispies cereal.

The television commercial which aired on British television in 1964 has resurfaced, coinciding with Mick Jagger’s 73rd birthday on Tuesday. The advertisement shows scenes from an actual television show, Juke Box Jury, which aired from 1959 to 1967 on the BBC. The jury seems to be voting not only on the song, but on the Rice Krispies themselves, along with scenes of screaming fans, exploding cereal, and, of course, ice cold milk being poured into a bowl of the breakfast treat. All done with Jagger’s vocals, Keith Richards’ guitar, and Brian Jones’ harmonica it is, indeed, a catchy tune.

Perhaps, not so coincidentally, the band appeared as jurors on the same show in 1964. Richards later wrote in his autobiography, Life, “We didn’t give a shit…. We just trashed every record they played.”

Back in 2012, at the height of the Mad Men craze, infamous advertising executive, Don Draper mentions the ad in an episode where he is tasked to have the Stones do a commercial for Heinz Baked Beans, using the ditty, “Heinz Is On My Side.” Also, it seems the video for this 50 plus year old commercial was originally posted on YouTube back in 2006, leaving us to ponder what took us ten years to notice it.

The jingle, itself, is believed to have been penned by Jones and recorded in 1963 or early 1964. Whether or not it was the first rock and roll commercial jingle, it definitely opened the door for many other bands to cut them. Some of the most memorable were the Cream commercial for Falstaff Beer, The Moody Blues ad for Coca-Cola, and Jefferson Airplane hawking Levi’s jeans.