'Otis Redding – Live At The Whiskey A Go Go: The Complete Recordings' to be Released in October 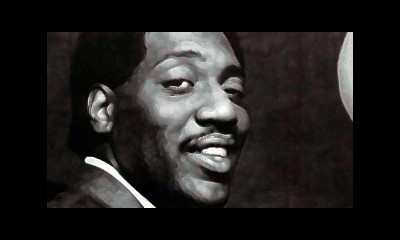 The impact of Otis Redding dying on December 10th, 1967, was felt around the world. Here was a young artist taken way too early, at the height of his powers. Here was a talent admired by fans and critics alike, held in high regard in both the African- American and Caucasian communities of the day.

During his short lifetime Redding recorded for the Atco Records label, and Volt, and of course, Stax Records. Hits such as “These Arms of Mine,” “Pain In My Heart,” “That’s How Strong My Love Is,” “I’ve Been Loving You Too Long,” and “Try A Little Tenderness” have cemented his place in the pantheon of popular music, and they are still being reinterpreted today. Redding is an inductee of the Rock and Roll Hall of Fame, the Georgia Music Hall of Fame, and the Songwriters Hall of Fame. He also the recipient of the Grammy Lifetime Achievement Award in 1999.

In the spring of 1966, Redding and his stellar band descended upon the legendary Whiskey A Go Go at 8901 Sunset Blvd in West Hollywood, California. This venue had been a springboard for some of the biggest names in music including The Doors, Steppenwolf, The Byrds, just to name a few. At this point in his career, Redding was doing well, and by booking him in this particular club, with its undeniably more Caucasian crowd, it was hoped that he would be able to begin to reach a wider audience than the mostly African-American one that was already quite familiar with his work.

On October 21st Stax Records, an imprint of Concord Bicycle Music, will release the generously extensive boxed set, Otis Redding – Live At The Whiskey A Go Go: The Complete Recordings. This collection captures the seven sets Redding performed Friday, April 8th, through Sunday, April 10th, 1966 on six CDs. All recordings here have been remastered and remixed, and there are several that are available to fans for the very first time including the hereto unreleased live version of “Mr. Pitiful.”

The boxed set package will also include a poster, and new liner notes by journalist Lynell George, and co-producer Bill Bentley.